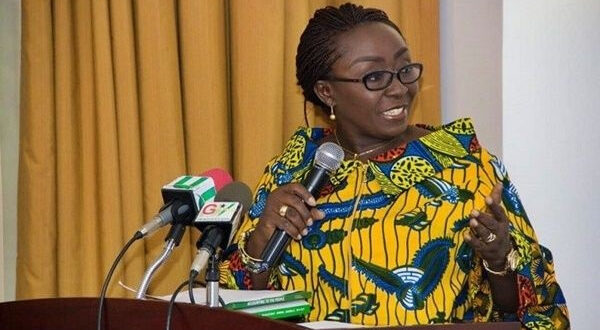 The Member of Parliament for Ketu South, Abla Dzifa Gomashie has resumed her “Thank You Tour” to brief constituents on happenings in Parliament during the First Meeting of the Second Session of the 8th Parliament to bring them up to speed on national issues.

The MP used the tour to listen, take questions and interact with the Chiefs, Opinion Leaders, Assembly Members, Unit Committee Members, and Ordinary Members of the public, irrespective of their political affiliations.

She took her time to discuss and explain among other things the MPs Common Fund and the passage of the E-Levy and it ramifications on individuals and small-scale businesses that rely on MOMO transactions as a mode of payment.

The Assemblyman for Kpedzakorpe Electoral Area, Etse Daniel Azumah on behalf of his people asked the MP to help speak to the Government on their bad roads from Agbozume Egbo Sheme (Goat Market) to the Kpedzakorpe School and to also help fence the school to stop the escalating truancy amongst the pupils.

According to the Assemblyman, the Government assurance through the immediate past Municipal Chief Executive, Elliot Edem Agbenorwu to build a Health Centre as reechoed by the current MCE for the area is long overdue.

In answering questions under her purview, Madam, Gomashie, explained that her “scanty common fund”, could have been used to address some of their concerns, but it has been in arrears since last year, making life difficult for a number of MPs.