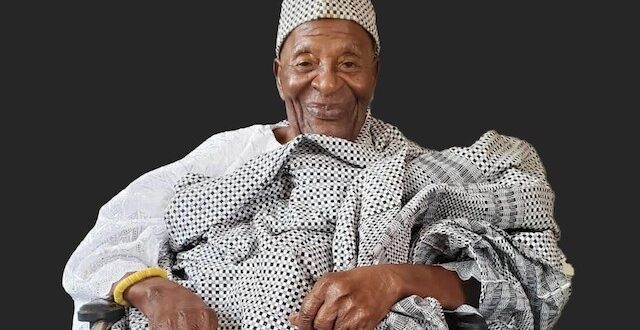 FOR an eyeful of history, family lore and tradition, all roads, all eyes lead to Vui-Keta, Volta Region  for the first ever photo exhibition which will showcase works of veteran and iconic photographer, Frank Kodzovi Agbeli Tagbor aka FK Tagbor of Agfa Photos, Dzelukope, Keta fame, on the southern shores of Ghana.

The three-day exhibition described as the first ever on the southern shores of Ghana which starts on Holy Saturday, April 16 and ends on Easter Monday, April 18, opens from 9am and closes at 5pm daily.

The range of photos on display straddle the 1950s and 2000s, close to seven decades and include social, political, educational, cultural, religious, individual and family collections among others.

The collections are FK Tagbor’s works involving his photographic coverage of activities like sports, speech and prize-giving days of the basic and secondary schools in the southern Volta, churches like St. Peter Claver RC Parish, Dzelukope, the St. Michael-Pro Cathedral, Keta among others.

The Hogbetsotso Festival of the Anlo and other traditional events also feature greatly. Political events from the pre-and post-Independence era are not left out. In all, the exhibition tells the story of southern Volta over half a century through the lens of FK Tagbor.

That is not all, for those interested in the development of photography in the last seven decades, photographic equipment from the beginnings of FK Tagbor’s work, the 1950s to the 2000s will also be on display.

“Those with an eye for the technological history of photography can feast their eyes on old equipment that did the trick before today’s technological revolution of selfies from phone cameras.

“ Also on show are not only the sights of Keta but the sounds as in the diverse traditional music and sizzling and mouthwatering cuisine of the Anlo and to cap it all the proverbial friendliness of the people of the area.”

F.K Tagbor as he is popularly known, is a self-taught photographer who started photography as a hobby while still in elementary (now basic) school. When he finished Standard 7 (today’s BECE) in 1952, after a couple of years at Anlo State School having spent most of his schooling years at Dzelukope RC School, he started professional photography from the Tagbor family home in Ashigame, Dzelukope.

His was what would be called today a ‘table-top’ enterprise as his studio was a table with the legs covered with cloth which was his ‘dark room’ where he developed and printed the photos.

At 92, FK Tagbor, looking back, with nostalgia, says today’s photography is no ‘work’, as it does not involve much creativity, with all the latest technological developments and modern gadgets in use.

Quite a number of apprentices passed through the hands of the self-taught photographer. One of the pioneer apprentices was the late Stella Tamakloe who could pass for an emancipated woman as taking up photography apprenticeship by a woman was yet unknown in the early 1960s.

Ms Stella Tamakloe ended up working with the Information Services Department and went for further studies abroad as part of Nkrumah’s policy of women empowerment in the immediate post-Independence years.

Others like Mr. Moses Adzaho, currently operating under the trade name, Uncle Smiles, have their studios in Keta. FK’s son, Chris Tagbor, has taken after his father and runs Chriss Photos, which has more or less replaced Agfa Photos after the father’s retirement. The tradition goes on.