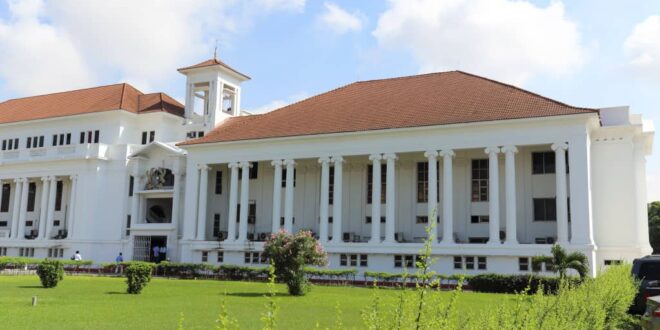 Justice Abdulai, a private legal practitioner and plaintiff in the case that sought for the Supreme Court’s interpretation on the voting rights of Deputy Speakers of Parliament when presiding, says he will go for a review.

He claimed the unanimous ruling on the interpretation of Articles 102 and 104 of the 1992 Constitution of Ghana by the highest court of the country was not definite on the Deputy Speakers’ casting vote when the need arose on the floor of the House.

The apex court on Wednesday, March 9, 2022, ruled that Deputy Speakers presiding over proceedings in Parliament had the right to vote on matters and to be counted as part of the quorum for decision-making in Parliament.

The decision was greeted with disagreement by the Minority Members of Parliament, as well as the 2020 Presidential Candidate of the National Democratic Congress (NDC), Mr John Dramani Mahama.

Mr. Mahama said the decision by the court affected the independence of the legislative arm of government and may affect deliberations in the House.

Commenting on the ruling, Mr. Abdulai, said: “This issue about the Deputy Speaker and the substantive Speaker being one, and the same, is something that I thought the Supreme Court should have made a firm pronouncement on.”

He said that should have been done because both the Constitution and the Standing Orders of Parliament affirmed that whoever acted in the stead of the Speaker was still a substantive Speaker, and therefore, had no voting right.

“The Constitution says that whoever occupies a position (whether acting or Deputy) has the same powers and authorities as the substantive one. The Standing Orders reaffirms this same position that the Deputy Speaker is the same or occupies the same position or function as the Speaker.”

The law lecturer said he found a lot of grounds to go for the review, noting that though the issue of casting vote was not captured as part of the reliefs, he had filed additional memorandum on the issues.

He stated that: “In their own judgment, they felt (that) probably it wasn’t borne out of the reliefs that I was seeking, so they refused to grant it. That’s fair and part of the legal processes.”

Mr. Abdulai made the remarks during a media engagement on Saturday about the Supreme Court’s ruling.

Mr. Rockson-Nelson Dafeamekpor, MP for South Dayi, said the Court’s ruling, allowing Speakers to vote while presiding, was an attack on Parliament and its structures.

On the same issue, the MP for Akuapim South, Osei Bonsu Amoah, said; “If Parliament passes any law that contravenes the Constitution, the Supreme Court can always shoot it down.”

The landmark judgment was given after private legal practitioner, Justice Abdulai, filed a case against the Attorney-General to contest the First Deputy Speaker, Joseph Osei-Owusu’s decision to count himself during a vote to approve the 2022 budget.