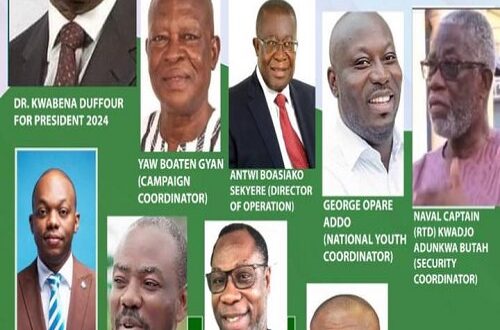 Dr. Kwabena Duffour has named his national campaign team for election 2024 ahead of John Dramani Mahama.

An artwork cited by Wontumionline.com displays 8 key members of the National Democratic Congress (NDC) being named in the team to help sell the candidature of the former Bank of Ghana Governor.

Members of the Dr. Kwabena Duffour for President 2024 are: