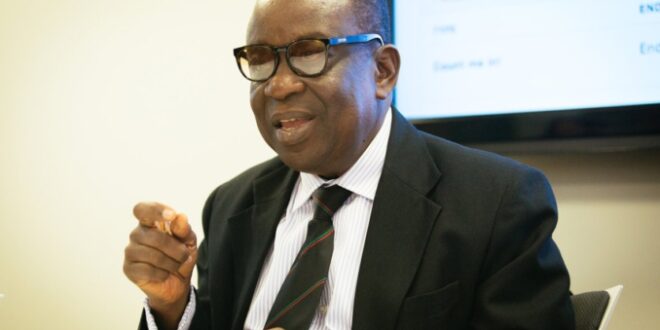 The National Security Minister, Albert Kan Dapaah, has warned that the perception that the judiciary is biased has dire consequences on the country’s security.

According to him, citizens may be forced to take the law into their own hands for personal satisfaction if the bench is deemed to be biased.

In recent months, the opposition National Democratic Congress (NDC) in particular has accused the judiciary of being biased against it after losing a string of cases before the courts.

But speaking during a sensitisation workshop on the national security strategy for judges of the superior courts, Mr Kan Dapaah cautioned against such characterisations stressing they could mar the security structure and established systems of justice.

“Injustice occasioned as a result of the absence of an effective justice delivery system or delayed justice or biased justice is certainly a threat to national security. Indeed, when injustice abounds, particularly in situations where the bench, which is considered the final arbiter of disputes, is deemed biased, citizens tend to take the law into their own hands most times without recourse to the established systems of justice delivery,” he said.

He added that the judiciary’s role is paramount in helping to safeguard the security of the nation; hence, the need to have proper engagements that can sensitise judges to be able to deal with emerging threats that come to them.

Although justice tends to be overlooked, Mr Dapaah said peace, stability and security cannot be achieved without justice.

“Justice is the foundation upon which the rule of law, equality before the law and fairness of the law are established. The failure of the criminal justice system to ensure effective and expeditious trial of criminals adversely impacts the morale of law enforcement agencies, emboldens criminals to perpetrate more crime, and breeds lawlessness among the citizenry; developments which threaten the internal security of the State.”

“The need to safeguard our collective security as a State requires that we work assiduously to eliminate all forms of injustice.

“The ultimate responsibility in doing so lies squarely at the feet of members of Ghana’s judicial system who are entrusted by law with the power to ensure effective justice delivery,” he stated.