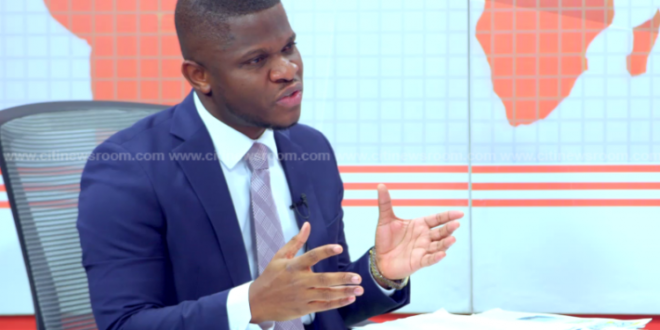 The Communications Officer of the opposition National Democratic Congress (NDC), Sammy Gyamfi, has challenged the Attorney General’s claim that the party’s petition to the Commonwealth Secretariat to probe alleged human rights abuses under the Akufo-Addo government threatens Ghana’s sovereignty.

He said it is “ridiculous” and “laughable” to make such a claim.

The NDC has petitioned the Commonwealth Secretariat to investigate and subsequently sanction the current administration over what the party calls bad governance and abuse of human rights.

“Since assuming the reins of power in 2016, the message of physical violence against political opponents that Nana Addo preached and championed before the 2016 general elections has turned into structural, institutional and systematic forms of violence in the form of human rights violations, harassment, and political persecutions against members and supporters of the NDC,” Mr. Asiedu Nketiah, NDC General Secretary said at a press conference.

The Attorney General and Minister for Justice, Godfred Yeboa Dame in responding to the development said the opposition party’s move constitutes an attempt to undermine Ghana’s sovereignty.

He said the party is fond of running to international organisations to escape lawful prosecutions.

But Sammy Gyamfi, while speaking on Eyewitness News on Tuesday said “the claim that our petition to the Commonwealth of nations to investigate cases of gross human right violations by the Akufo-Addo and Bawumia administration is an attack on the sovereignty of this country is very ridiculous and laughable.”

He argued that while it admits that the Commonwealth of Nations as a body cannot impose decisions on Ghana, it can caution or advise the government if it confirms the allegations of human rights abuses which are against the values of the body.

He said Ghana risks being suspended from the Commonwealth of Nations if the organization confirms the abuses in the country and notes the failure of the government to address the issues.

“If they [government] decides not to listen to them, Commonwealth of Nations can choose to suspend Ghana like they did to Zimbabwe few years ago, and I pray we don’t get there,” he cautioned.