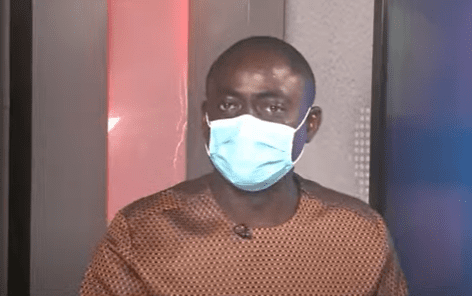 It is illegal to display identity of juvenile suspects – Legal expert

Partner at Kaponde & Associates, Justin Pwavra has said that displaying the identity of juveniles suspected of committing a crime to the general public contravenes the law.

According to him, Section 3 of the Juvenile Justice Act, 2003 (ACT 653) prohibits anyone from revealing the identities of juvenile suspects.

Speaking on JoyNews’ The Law on Sunday, he said: “The Juvenile Justice Act makes it clear that in the case of juveniles, it is a no-go zone.

When it comes to the Juvenile Justice Act, Section 3, it makes it clear that from arrest to investigation, trial of juveniles, all of that, must be outside the public glare. The media should not come in to expose and show the identity of the juveniles.”

Section 3 of Act 653 states that: “A person shall not in the course of arrest, investigation or trial of an offence connected with a juvenile, or at any other stage of the cause or matter, release any information for publication that may lead to the identification of the juvenile.

Any person who contravenes subsection (2) commits an offence and is liable on summary conviction to a fine not exceeding 250 penalty units or to a term of imprisonment not exceeding 12 months or to both.”

His comments come as a reaction to the Ghana Police Service’s decision to stop publishing images of suspects.

The Service has said that the identities of suspects will only be displayed when they are properly convicted by a competent court of law. Nonetheless, suspects who are declared wanted by the courts with a warrant of arrest for various offences, shall, where necessary, have their faces and other physical attributes published for purposes of identification, arrest, and prosecution.

Interacting with host of The Law, Mamavi Owusu-Aboagye, Justin Pwavra noted that parading suspects who are of the legal age is one that requires further clarification.

“In the case of juveniles, it is very clear but the issue is, for adults, who are facing criminal justice, that is where it is a bit of a grey area,” he explained.

That notwithstanding, he explained that the Police have been cautioned against displaying the identity of suspects since some suspects have sued the Service for defamation after being exonerated.

“There have been instances in our court where suspects have been paraded in the media as if they were convicts and it is a bit defamatory of them. Some of them after the process have been exonerated, nothing ties them to the crime, some have taken these cases to the court and have won. You have tarnished their image.

When it comes to these issues, I think even the courts are informing the Police that what they are doing on some of these issues are wrong,” he stated.

Meanwhile, contributing to the discussion, Maame Efua Addadzi-Koom, who is lecturer at the Faculty of Law of Kwame Nkrumah University of Science and Technology advised the media and the Service to display parts of the suspects that do not reveal their faces.

An image of a handcuffed wrist, she said is most suitable.

“They could without showing their faces. It could be that they show someone who has been handcuffed. There are ways the media can capture a suspect being led to Police custody. It just has to come at a certain angle. It is doable, it is not beyond them,” she said.