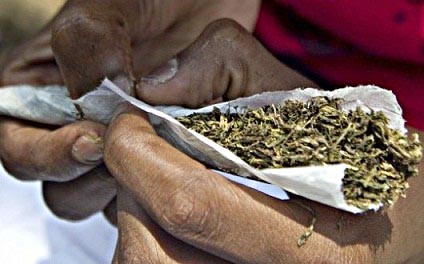 The Greater Accra Regional Police Commander, Deputy Commissioner of Police (DCOP), Naa Iddi Lansah Seidu has called on Imams, chiefs and opinion leaders in the Zongo communities to lead the fight against drug trafficking and consumption in Zongo communities.

According to him, drug trafficking and consumption was so high in Zongo communities in the region, explaining that the situation has been identified as the root cause of violence and insecurity in such communities.

He said the usage of narcotics drugs by some of the youth from the Zongo communities emboldened them to engage in violence, describing them as “conflict merchants”.

DCOP Naa Seidu who is also a divisional chief of the Sing Traditional Area in the Kumbungu District of the Northern Region said this in an interview with Graphic Online on the sidelines of a conference on conflict prevention and management for chiefs, Imams, magajiyas (women leaders) and youth in Zongo communities in the Greater Accra Region at the National Mosque on Thursday, April 14, 2022.

The conference was on the theme: “Peace and Security in Zongo communities- changing the narrative.” It was organised by the Zongo Development Fund (ZDF), which would be replicated across the country.

He said since he took over as the Police Chief of the Greater Accra Region, he has been able to arrest 700 compressed parcels of Indian Hemp.

He explained that in many instances, narcotic drugs arrested by the police are often meant to be sold in the Zongo communities, stressing that names on such parcels are always people living in Madina, Newtown and Mamobi.

DCOP Naa Seidu noted that whenever the Command conducts swoops in the ghettos and slum areas, majority of those arrested were from the Zongos.

For him, what emboldens the youth from the Zongos to involve themselves in deviant activities, including landguard were as a result of the consumption of the narcotic drugs.

He therefore called on community leaders, particularly the Imams and chiefs in the Zongo communities to educate and sensitise the youth to desist from the consumption of narcotic drugs and rather focus on their education.

DCOP Naa Seidu who also identified himself as a Zongo person said “if we want to change the narrative about our Zongo communities then we must tackle the issue of drug trafficking and consumption within our communities”.

He lauded the ZDF for initiating the training programme aimed at changing the narrative and to erase public perception of the Zongos as communities plagued by violence and insecurity.
He called on the fund to sustained the initiative to help restore the Zongos to its past glory as communities of peaceful and law abiding people.