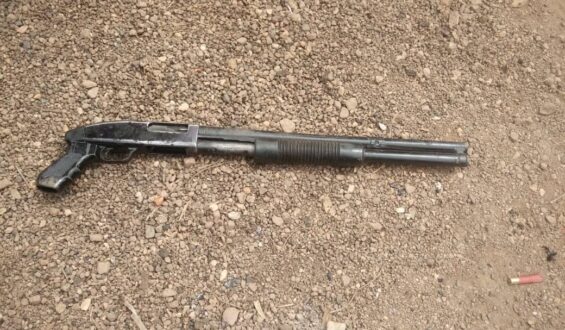 A 45-year-old man has been shot dead by his colleague illegal miner at Akyem-Twapease in the Eastern Region.

Eric Twumasi was alleged to have been inadvertently shot in the head when a rival miner the deceased and his seven other colleagues were pursuing struggled with one of them over his pump-action gun.

According to JoyNews sources, the disagreement was triggered by a dispute over a gold concession in the area between two illegal mining groups.

A local news reporter in the area, Akora Fobi Jones, told Joy News ” there was a misunderstanding between these two groups, so one of the group’s chased a rival miner into his house, and when they got there, he struggled with them by trying to disarm one of the armed men.

“The intense struggle led to the gun firing into the head of one of the armed men.”

The Police, in a statement, said on Saturday, at about 1:15 pm, a 63-year-old man Kingsley Gyapong, a miner and resident of Tweapease, reported to Police that in the morning around 10 am, he saw a group of gun-wielding men firing pump action guns and locally manufactured pistols indiscriminately.

The Police say they dispatched to the crime scene and met the body of Twumasi in a pool of blood with his brain gushed out.

They retrieved a pump-action gun in the compound with one used shell of 4 bore AAA Cartridge.

The body has been deposited at the Kade Government Hospital morgue.