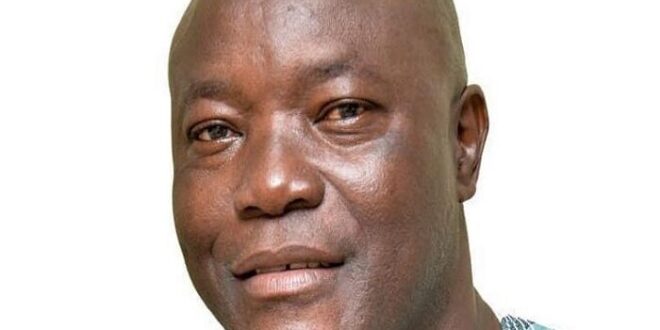 The suspended Metropolitan Chief Executive for Sekondi-Takoradi, Abdul-Mumin Issah says he will cooperate with the police in the prosecution of his case of alleged assault on a police officer and reckless driving but is confident that he will be exonerated.

In a statement reacting to his suspension from office owning to the incident, he expressed appreciation to President Nana Akufo-Addo for allowing him to serve in the government and thanked the Local Government Minister, Dan Botwe as well as the Western Regional Minister Kwabena Okyere Darko-Mensah for their assistance to him while serving in active office.

“I am convinced that in the fullness of time, the real truth surrounding that unfortunate incident will prevail,” he said.

“I again thank my colleague MMDCEs, the Presiding Member, Coordinating Director, Assembly Members, the Solicitor and the entire staff of Sekondi-Takoradi Metropolitan Assembly for their unflinching solidarity during this period. I finally wish to thank my family and all well-wishers who have stood by me through these difficult moments,” he added.

Abdul-Mumin Issah is currently being prosecuted in court after an altercation between him and a police officer, one Superintendent Andrew Sarfo near the Kwesimintsim Cemetery on the night of Thursday, February 3, 2022, was captured on tape and circulated on social media in which he was heard among other things threatening the police officer with a transfer to Enchi.

He also described the police officer as “ugly” and said he would have beaten him to death when the officer challenged him for driving on the shoulders of the road to move past a police snap checkpoint.

The officer was heard challenging the MCE’s authority to disrespect and threaten him.

President Akufo-Addo consequently ordered his suspension from office pending an inquiry into the incident.

Abdul-Mumin Issah says he will go through the prosecution process.

“I wish to assure the general public especially the good people of Sekondi-Takoradi of my highest cooperation with the Police administration for successful prosecution and determination of the case,” he also indicated.

Read his statement below: 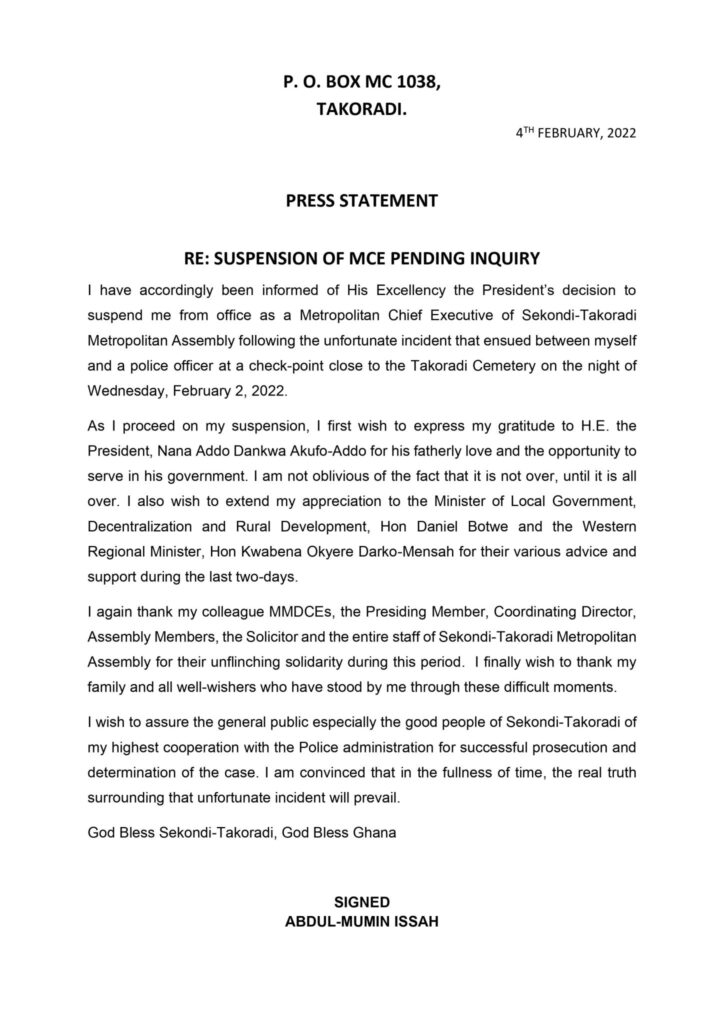