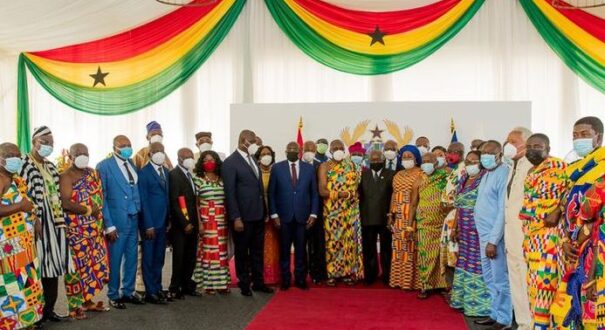 A former United Nations Senior Advisor, Professor Baffour Agyeman-Duah has questioned the relevance of the Council of State.

According to him, there are millions of Ghanaians who can advise the President without charging a fee.

He therefore suggested that government should consider scrapping the Council because its existence only puts avoidable financial burden on the country.

“Is there a need at all to constitute a body of 35 and to be paying them, giving them vehicles and all these benefits when in fact the advice given to the President is not binding?

“So, one will question the relevance unless there is a way to shape it up to form. But if it is only to render advise then I will suggest, even though members of the Council are experienced people, they are highly respectable people, I respect all of them, but I believe that there are some experts who can easily put together a paper to advise the President on any issue that comes up,” he said.

Ghana’s economic numbers have not been at their best in recent times.

The cedi is depreciating in relation to the dominant currencies at a fast pace. Similarly, there has been a hike in fuel prices with a litre of diesel selling at least GH¢9.

Many economists have expressed worry that the country’s economy is on the verge of collapse if proper interventions are not implemented as soon as possible.

Government has subsequently been forced to explore temporary measures to mitigate the hardships being experienced by Ghanaians.

The Finance Minister, Ken Ofori-Atta on Thursday announced expenditure cuts to this effect.

He also commended the Council of State for accepting a pay cut.

But speaking on Accra-based TV3 on Monday, the Governance Expert further noted that President Akufo-Addo has the right to call on the over 30 million citizens of the country for advice at any time.

He said the state could save lots of money if the Council of State was non-existent.

“All I am saying is that if it is a matter of advice, the President has the right to call any of the 30 million people for advice and not pay for it.“

“In a larger scheme of things especially, if you are looking at our budgetary challenges, then it will be one of the institutions that personally, I will recommend not to be retained,” he said when asked whether the Council should be abolished.

However, Prof Baffuor Ageymang-Duah had earlier commended the Council of State members for reducing their allowances by 20 percent due to the economic challenges facing the country.

He stated that the decision demonstrates that they recognise the challenges facing the country at the moment.