The Medical Superintendent of the Axim Government Hospital, Dr. Jerry James Abobrah, has retracted his earlier witness statement to the Takoradi Harbour Circuit Court A that he did not give Josephine Panyin Mensah, the alleged fake kidnapped pregnant woman, any injection when she was brought to his facility.

Dr. Ablobrah, who appeared for the second time before the Takoradi court on Thursday, during his cross-examination, said he actually gave Josephine Panyin Mensah more than one injection, a position he had earlier denied.

Josephine’s lawyer, Philip Fiifi Buckman, who cross-examined Dr. Abobrah, told Citi News that, he is on track to unravel the truth in the case. 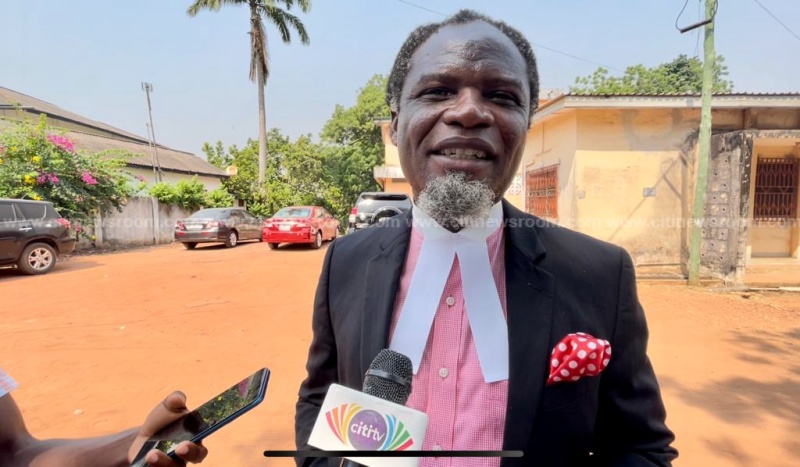 “Dr. Ablobrah told us his story of the experience he had with her (accused person) as the first port of call. I needed to probe further, and so I probed further with a question of whether he gave her some injections, and he said no. I probed further and he said yes. I went further again, he said more than once. For me, my duty is to ensure that whatever that he has told the court is the truth and the truth in the minds of the public, so we are on it,“ he said.

Dr. Ablobrah told the court, presided over by His worship, Michael Kwodjoe Ampadu, that, he was called to take care of the accused person by a Medical Officer because he [the doctor] wouldn’t want to appear before a court.

“One of my Medical Officers in charge of clinical duties called me to inform me about the accused when she was brought to the hospital. He said he didn’t want to appear before a court, so he called me, but made sure her vitals were okay before calling me. Maybe he was afraid of the about 25 police personnel who brought her (Josephine Panyin Mensah) to the hospital”, he told the court.

The Medical Superintendent of the Axim Government Hospital also told the Takoradi Habour Circuit Court A that it is not true that Josephine was not in a position to talk when she was brought to the hospital.

So far, five persons have testified as witnesses in the matter, and three more are yet to appear before the court on Thursday, January 27th.