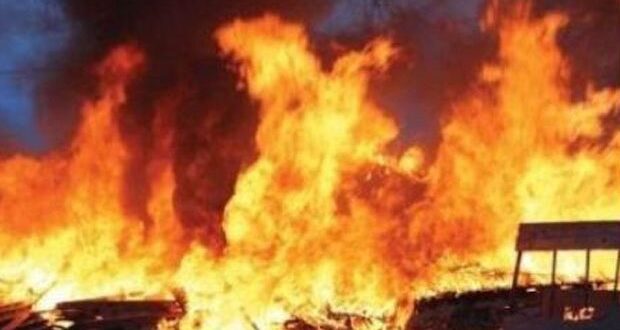 Public Relations Officer for the Service, DO3 Kwakye Addo, linked some of the fires to anointing oil bottles left behind by the pastors after their services.

The bottles are then exposed to the sun and as a result, catch fire, he told Adom FM’s Akwasi Dwamena.

“The pastors who pray on the mountain should either bury the anointing oil bottles after usage or send them home. They shouldn’t leave them on the mountains as they can trigger fires, especially in the dry season.

“We also plead with the opinion leaders who pour libations to do same so we can reduce the fires in the area,” he appealed.

Meanwhile, Lead Pastor for the Awenade District Apostolic Church, Gideon Agbesi, has argued that there is no scientific proof to back the claims of the Fire Service.

“There’s no scientific evidence suggesting that anointing oils can cause bush fire in the dry season. What I can say is that, when it’s extremely hot, even the dry bush can spark fires,” he said.

“The mountain presents a serene atmosphere away from the disturbances of the town to enable us pray to our maker,” he added.