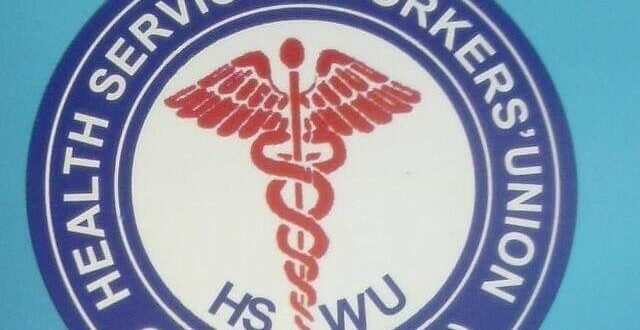 The Health Services Workers’ Union is threatening a protest from 20th to 22nd October 2021, over delayed negotiations for conditions of service of its members.

In a statement sighted by Citi News, the union said it is being discriminated against.

“Reviewing and comparing how Government treats our sister unions, the HSWU has a strong conviction that the Government is deliberately discriminating against our union.”

“Members are outraged and fed-up with this unfair treatment because urgent concerns and requests from members are simply bundled under the carpet or lackadaisically addressed with a plethora of excuses,” the union said.

The union said it had hoped that negotiations that have spanned two years would have concluded when the Fair Wages and Salaries Commission convened a meeting from the 8th to 9th October 2021.

“However, following the turn of events in the meetings, the union’s optimistic hope that both parties were going to bring finality to this arduous process for members to start enjoying was quashed.”

Because of these frustrations, the union’s leadership said it can no longer keep its members at bay.

“The dragging of feet by the Government team towards the negotiations is causing a lot of agitations among members. For the above-stated reasons, the NEC and leadership resolved that; from the time of this meeting, the Union gives the negotiating parties up to the 20th October 2021, to conclude the negotiations.”

“Members would be wearing red bands from 20th to the 22nd of October 2021 to protest the unfair treatment being meted out to them. After the 22nd of October, the Union cannot be held responsible for any industrial disharmony,” the statement said.