Breaking News
Home / NEWS / Have the people of the Volta Region of Ghana been abandoned? 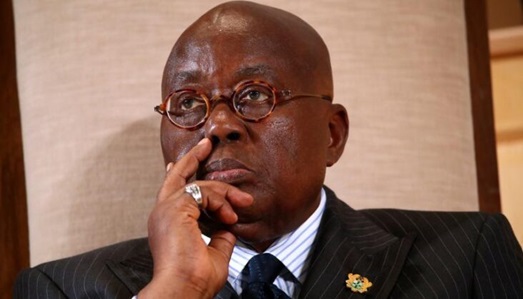 Have the people of the Volta Region of Ghana been abandoned?

There has been a lot going on in the country lately, from the LGBTQI+ Bill in parliament which can pass for one in the “Battle of the fittest”, 499 law students case, and many others.

In this write-up, however, my focus is going to be on the President’s treatment of the people in the Volta Region.

Let us begin with the first issue which raised eyebrows from the greater part of the population but was overlooked by the stakeholders; “Fix it if frustrated” Nana Akuffo-Addo to Paramount Chief of the Aflao Traditional Area after the Chief demanded the abandoned E Block community day senior high school built during the Mahama administration in his area be completed for his children to also enjoy the facility.

The facility which is almost 90% complete with 26 classrooms and five departments including a science block has ever since the new administration in 2016 been abandoned. He went on to say he gives the government four months to complete the building so the school could be in full function by the next academic year.

Torgbui Adzonu-Gaga Amenya Fiti V on Wednesday, October 20, 2021, said this when the Minority members of Parliament’s Education Committee toured the abandoned E-blocks in the Volta Region.

Would we say his demand was made at the right time or the wrong time since the president was on his “thank you tour” after the 2020 election?

Well, the president was to end his tour in Accra the Capital City and was going to pass through an Accra based local radio station, Peace FM for an interview with Kwame Sefa- Kayi. Almost if not all Ghanaians were poised for his this interview.

The interview turned out to disappoint Ghanaians with certain answers the president gave to questions asked him by the interviewer. For instance, when asked what he would be talking about on his tour, amongst some things he mentioned, he added that “even those who lost are going on a thank-you tour, how much more me?”. He also apologized to the people of Cape Coast for denying his campaign promise to build an airport for them saying “Presidents are human” they can also make mistakes.

These however did not sparkle heated conversations as the one he said concerning the Paramount Chief of the Aflao Traditional Area’s demand on the completion of the E-block. The president said “is he the one to give the Education Minister an ultimatum, he should go complete it if he is frustrated” laughing over it. He said these words in Twi which were even more heart-piercing.

The president’s response to the Chief was one termed as “disrespectful” while others say the president is “cheeky”. He, however, was asked to apologize to the chief for the response he gave but if he will, we are yet to know.

In the heat of this pertaining the same Volta Region, Tidal Waves struck Keta, Anlo, and Ketu South Municipalities on Sunday, November 7, 2021, causing over 4000 residents to be displaced. Due to the effect of the wave, homes, schools, and properties were destroyed. The residents were anxious and dejected.

It is only humane to feel the pains of these displaced citizens and sympathize with them, particular as the President over these same people who voted for you. It is rather a sad one that till date, His Excellency Nana Akuffo-Addo has not uttered a word, posted on social media (Twitter) as he does for issues outside Ghana like George Floyd’s case, nor has he paid the residents a visit even if it is empty-handed at first to make them feel belonging and a part of the Ghanaian citizens.

This issue is a national issue and no one should politicize it, the people need help immediately, students who are writing their BECE lost their school building, books, and educational materials to the disaster, yet they have to write the exam with their colleagues no matter what.

On Saturday, November 13, 2021, the former President John Dramani Mahama accompanied by Former Chief of Staff, Julius Debra, Volta Regional Chairman of the NDC, Henry Ametefe, the MP for Ketu South, and some others donated some relief items to these affected people, they include; 2,000 bags of rice, 2,000 student mattresses, 1,000 cans of tomato paste, 1,000 gallons of cooking oil amongst other items. 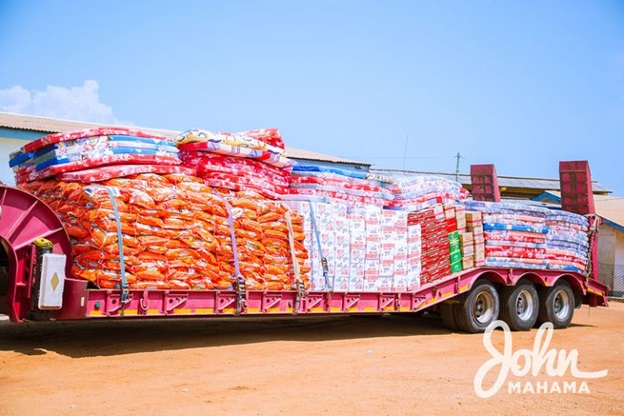 This is not to say the National Disaster Management Organization(NADMO) have not been there to work and support the victims as well, they have been there but have inadequate relief items to offer. It was alleged they only brought seven mattresses for the over 4000 affected persons. This however has been denied by the Deputy Director-General of NADMO, Seji Saji Amedonu.

This issue got the MP for Ketu South, Dzifa Abla Gomashie lamenting so much so that it brought tears to her eyes.

I am trying very hard to fathom why the president has been silent over matters about the Volta Region to the extent that he travelled out of the country on Friday, November 12, 2021, to Paris, France for the 75th-anniversary ceremony of the founding of the United Nations Educational, Scientific and Cultural Organization (UNESCO). Does this mean the people of the Volta Region who are affected by this disaster mattered less?

The issue of tidal waves is not happening for the first time along with coastal towns, some of which have been blamed on climate change, others on human activity of sand winning. Strong Sea Defense walls are needed now more than ever.

We always wait for the disaster to befall us and then we begin talking like the bird that remembers to build its nest only when it rains and immediately the rains are over, it forgets and goes about its routine activities. PROACTIVENESS is always the best!

The people of Volta also need their president’s love, they are electorates.