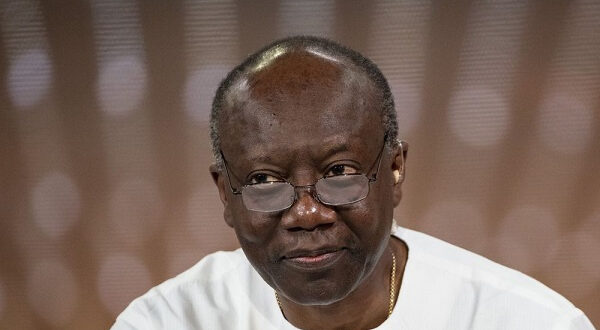 The Minister for Parliamentary Affairs, Osei Kyei-Mensah-Bonsu has revealed that the controversial Electronic Transaction Levy (E-levy) Bill will not be withdrawn from Parliament as it was advertised earlier.

The Suame MP had informed the House that the Finance Minister, Ken Ofori-Atta will on Friday withdraw the said Bill and reintroduce a revised version for consideration on Tuesday, February 15.

However, delivering the business statement for next week, the Majority Leader noted that Mr Ofori-Atta will rather make amendments to the existing Bill.

He also indicated that the Finance Minister has, however, “given an indication that he would not be ready next week.”

“The House would be accordingly informed about a new date for the interrogation and possible passage of the Bill,” Mr Osei-Kyei-Mensah said on Friday.

Since the Finance Minister proposed a 1.75% charge on all electronic transactions in the 2022 budget to increase revenue, there have been stiff opposition from a section of Ghanaians including the Minority in Parliament.

Opposers have cited concerns about the impact of the levy on ordinary Ghanaians.

However, Mr Ofori-Atta insists that Ghana will not seek bailout from IMF but will resort to a “homegrown” alternative to boost the economy.

“I can say; we are not going to the IMF. Whatever we do, we are not… So let’s think of who we are as strong and proud people, the shining star of Africa, and we have the capacity to do whatever we want to do if we speak one language and ensure that we share the burden in the issues ahead,” he said.

The controversial E-Levy is estimated to rake in some ¢6.9 billion annually, according to the Finance Ministry.

This, according to the Ministry, will increase the country’s tax-to-GDP from 13% to a targeted 16% or more.

Meanwhile, JoyNews sources claim that the rate of the levy will be amended to 1.5% when it is later presented before the House.