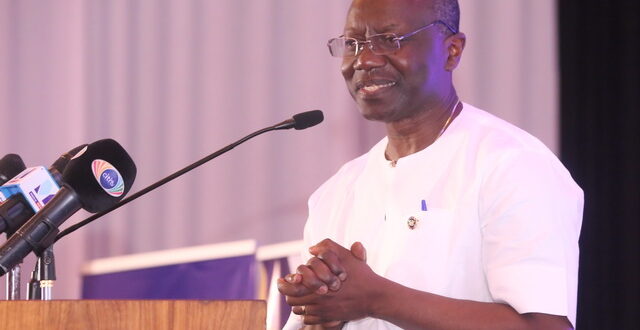 Finance Minister Ken Ofori-Atta has stressed government’s determination to enhance domestic revenue mobilization, and says consultations are still ongoing to build consensus with the Minority Caucus over the e-Levy.

He says the essence of government’s proposal to implement the electronic transactions tax (E-Levy), is to widen the tax net and generate the required revenue to support entrepreneurship, youth employment, build infrastructure, especially roads and reduce national debt.

He was addressing journalists on government’s response to issues raised by the Minority Caucus and others over the controversial 2022 Budget.

Mr. Ofori-Atta described the E-Levy as the “greatest opportunity to, in the medium term, broaden the tax base and meet the Tax to GDP ratio of 20% as pertains among our peers.”