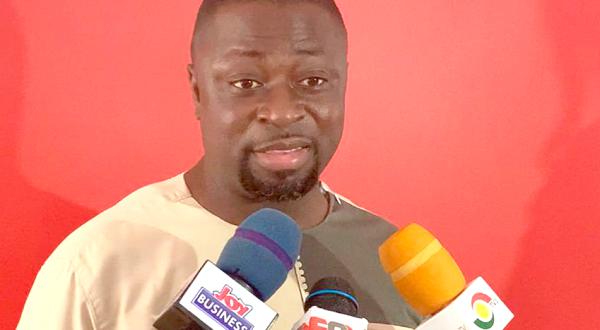 The Acting Director-General of the Commission for Technical and Vocational Education and Training (CTVET), Dr Fred Kyei Asamoah, has said the current government has invested almost $ 1 billion dollars in TVET infrastructure and training alone between 2017 and 2021.

That, according to him, made it the biggest investment in the sector by a government for decades indicating that the investment was part of the five-year strategic plan (2018 – 2022) to transform the TVET sector nationwide.

Dr Asamoah disclosed that to the media last Friday to end his two-week nationwide tour and monitoring exercise of the ongoing 2021 May/June Certificate II Core Examination administered by the CTVET.

The fund covers among others, the construction of 32 state-of-the-art TVET institutions (two per region) costing about half a billion dollars across all the 16 regions, equipment for all the technical universities and technical institutes in the country, as well as capacity building of the personnel of the institutions.

Dr Asamoah was excited about the state of the organisation of the examination across the country and pledged to liaise with all stakeholders to ensure that it remained free and fair for all students.

The strategic plan, according to him, was also tied to the broader Education Sector Plan (ESP) which was being implemented by the Ministry of Education.

He explained that the government was currently undertaking two major projects to tackle the infrastructure deficit in the various TVET institutions.

These projects are the “Ghana-China project on the rehabilitation and upgrade of technical universities and technical institutions” and the “upgrade and modernisation of the TVET system in Ghana.

“We are upgrading 17 technical and vocational institutes across the country and building an office complex to support the unit responsible for TVET examination.

“Additionally, infrastructure and equipment are being provided at all technical universities to achieve quality delivery at the tertiary level with industry 4.0 standards,” Dr Asamoah said.

Dr. Asamoah stated that the projects being undertaken were designed to support government’s efforts within the context of the human capital development priorities and to resolve key development challenges of low quality of skills produced by the TVET subsector in the country.

He also indicated that, “the government of Ghana through the Ministry of Education and the CTVET had provided free training for over 17,527 apprentices and master craft persons across the country which cost about 20 million Euros since 2017 to date”. An additional 50,000 apprentices would also be trained over the next four years.

Dr Asamoah further hinted that the government was also putting up five TVET centres located at selected areas in the country with the first one at Anyinam costing 5.4 million Euros, and almost 80 per cent complete.

The remaining four, he said, would be located at Pakyi No. 2 and Akumadan both in the Ashanti Region, with the others at Manso Abore and Assin Jakai in the Central Region.

The government has since 2017 embarked on a massive drive to increase access to TVET institutions in the country.