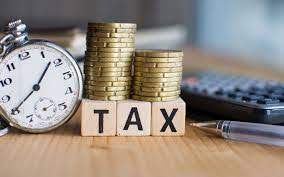 A Development Economist at the Centre for Social Policy of the University of Ghana, Dr Kojo Poku says he expects the government to adopt unconventional taxation in the mid-year budget review.

Speaking on JoyNews‘ PM Express, he said when unconditional taxation is adopted, it will help raise money to help the country’s economy advance.

“I think this is a difficult period to be a Finance Minister but I expect that given this mid-year review, the government should adopt unconventional taxation to raise more money and also finance from the Central bank,” he said.

He also suggested that finance must be sought from the central bank as means of increasing the revenue and creating employment.

“I think this is a way to go to increase its revenue and also borrow from the central bank in order to create employment for the people,” he said.

On his part, Member of the Finance Committee of Parliament and MP of Nhyiaeso Constituency, Stephen Amoah also called for more pragmatic steps to ensure that more jobs are created in a short term.

This, he said when considered, would help mitigate the impact of unemployment’s in the country as well help manage the pro-poor policies.

He added that to ensure that government provides a resilient and sustainable economy, a long term programme should also be factored in the budget.