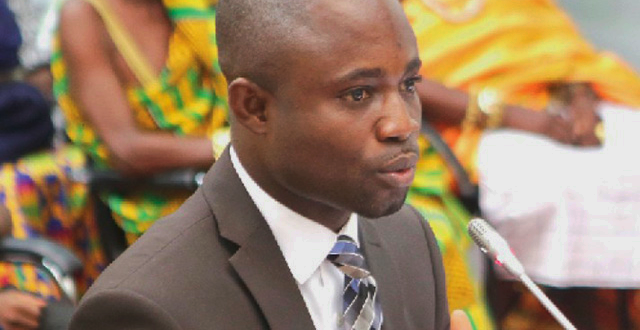 A Ranking Member on Parliament’s Health Committee, Kwabena Mintah Akandoh, is alleging a discrepancy between the amount Ghana received at the peak of the Covid-19 pandemic and what government has actually accounted for.

Addressing the press on Tuesday, the Juaboso MP stated that the financial support received by government in the fight against the Covid-19 does not match the expenses captured in the 2021 budget.

“We on the Minority side have filed a private member motion to constitute a bipartisan probe into the entire receipt and expenditure of Covid-19. We think it has never been transparent. There’s one thing indicating what you have received and properly accounting for what you have received, and we think that there hasn’t been proper accountability with regards to Covid-19.

There are a lot of issues and the remarks by the Country Director is just one out of the many. We have received not less than 560 million US dollars. We have combed through the 2021 Budget and the 2022 Budget. If what the Director said is anything to go by, then we have a serious problem at hand. Because the money received so far, doesn’t tally with what has been indicated by the country Director. So we think that there should be a bipartisan probe to investigate the entire expenditure so that we bring this issue to its logical conclusion”, Mintah Akandoh said.

He also added that, “we have heard issues about spending about 32 million Ghana Cedis on meetings. We have seen issues about spending 600 million Ghana cedis on Agenda 111 in 2020 before even the grounds were broken for the constructions of the Agenda 111. So these are serious issues that I think we must look into. As if that was not enough, he further indicated that, that amount of money was given to Ghana to sensitize the people of Ghana on Covid-19; to educate the people of Ghana on Covid-19.

Your guess is as good as mine. Some of you had to give free slots to sensitize the people of this country, without taking a dime from Ghana government. So what did they use the money for? This is just a tip of the iceberg. So I think that, as far as Covid-19 receipt and expenditure are concerned, there’s more to it than we are hearing”.

Country Director of the World Bank, Pierre Frank Laporte told JoyNews that, the World Bank provided the government of Ghana with $430 million to fight the Covid-19 pandemic.

Speaking in an interview with George Wiafe on PM Express on February 3, he explained that the money was initially directed at the various campaigns that sought to inform and educate Ghanaians on the Covid-19 and its safety protocols.

He added that the World Bank further provided an additional $130million purposely for the purchase of vaccines. While the World Bank was actively supporting Ghana’s Covid-19 fight, Mr. Laporte said the World Bank also set into motion several projects to enable the country’s economy to stay afloat.

Against this background, the Minority is calling for strict accountability on how all the monies received were put to use.