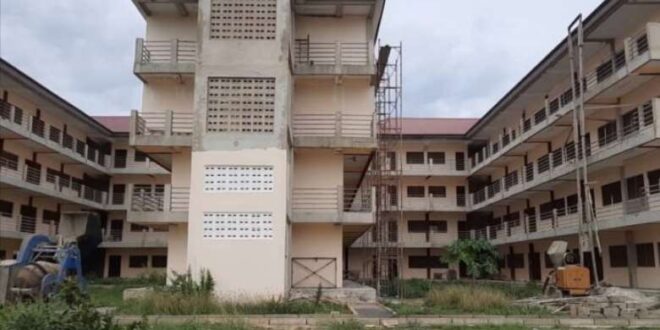 Already, the GES had posted a headmaster, Mr Shadrach Kwame Abiwu, to the school on March 21, this year, to see to its smooth operations.

From Tuesday, April 19, it will begin the admission processes to enrol successful junior high school graduates as the first batch of students to undertake all seven senior high school programmes, except General Science.

Mr Michael Yao Tsuiatorfe, the Municipal Director of Education, in an interview with the Ghana News Agency, said the necessary preparations for the academic year were in earnest and that the Directorate had started receiving applications from prospective teachers for consideration and postage to the school.

He said his outfit, in collaboration with the Headmaster, had visited Torgbui Adzonugaga Amenya Fiti V, the Paramount Chief of Aflao Traditional Area, and the Municipal Assembly for re-inspection of the school after an earlier one on March 24.

Mr Tsuiatorfe said the Directorate had written to the appropriate authorities about the need for some finishing works to be done and to provide logistics for a conducive environment of study.

The Ketu South E-Block project, awarded by the Mahama Administration in 2015 to be executed within 18 months, is over 95 per cent complete with some minor works like plastering of beams, painting and weeding to be done.

Mr Maxwell Lugudor, the Ketu South Municipal Chief Executive, said the Assembly would do all within its power to ensure the smooth operationalisation of the school this academic year.

Madam Abla Dzifa Gomashie, the Member of Parliament for the area, welcomed the news by the Government to ensure the school operates and said she would pay a visit soon to see the extent of work to ensure students enrollment.

She said it was great that the project was being completed and operationalised to ease the pressure on the few schools in the municipality.

Mr David Agbeli, the contractor, told the Ghana News Agency that there had been no engagement with him regarding the project, adding that the government still owed him, hence the delay in completing and handing over the school to the GES.