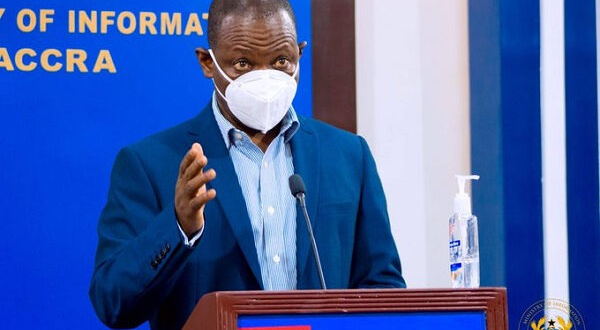 The Ghana Health Service (GHS) and the World Health Organisation (WHO) are working closely to control any outbreak of the Marburg virus disease (MVD) in the country.

This has become necessary following t wo possible cases of the disease identified in the country on July 7, 2022.

If confirmed it will be the first time the disease has been confirmed in the country.

The Director-General of the Ghana Health Service, Dr Patrick Kuma-Aboagye, said the two persons were identified at different locations in the Ashanti Region with acute hemorrhaging fever.

“Their blood samples were sent to the Noguchi Memorial Institute for Medical Research. Preliminary results suggest the infection is due to MVD,” he said.

However, he said, the blood samples of the two, who had died, had been sent to a WHO facility, the Institute Pasteur in Dakar, Senegal, for further confirmation.

He said the two patients from the southern Ashanti Region – both deceased and unrelated – showed symptoms including diarrhoea, fever, nausea and vomiting.

Dr Kuma-Aboagye said the country’s surveillance mechanism was already on red alert due to COVID-19 response and was capable of picking other suspected cases for the needed actions.

“In addition, 34 contacts of the two cases have been identified and are under quarantine and being monitored,” he said.

The Country Representative of the WHO, Dr Francis Kasolo, said health authorities were on the ground investigating the situation and preparing for a possible outbreak response.

“We are working closely with the country to ramp up detection, track contacts, be ready to control the spread of the virus”.

“The health authorities are on the ground investigating the situation and preparing for a possible outbreak response. We are working closely with the country to ramp up detection, track contacts, be ready to control the spread of the virus,” he said.

“WHO is deploying experts to support Ghana’s health authorities by bolstering disease surveillance, testing, tracing contacts, preparing to treat patients and working with communities to alert and educate them about the risks and dangers of the disease and to collaborate with the emergency response teams,” he said.

Dr Kasolo said the country announced the preliminary finding of the two cases of Marburg virus disease and per the standard procedure, the samples had been sent to the Institute Pasteur in Senegal, a WHO Collaborating Centre, for confirmation.

He said if confirmed, the cases in the country would mark the first ever in the country and the second time Marburg had been detected in West Africa.

He said Guinea confirmed a single case in an outbreak that was declared over on September 16, 2021, five weeks after the initial case was detected.

Previous outbreaks and sporadic cases of Marburg in Africa had been reported in Angola, the Democratic Republic of the Congo, Kenya, South Africa and Uganda.

The WHO says Marburg was a highly infectious viral haemorrhagic fever in the same family as the more well-known Ebola virus disease.

Marburg is transmitted to people from fruit bats and spreads among humans through direct contact with the bodily fluids of infected people, surfaces and materials.

Illness begins abruptly, with high fever, severe headache and malaise. Many patients develop severe haemorrhagic signs within seven days.
Case fatality rates have varied from 24 per cent to 88 per cent in past outbreaks depending on virus strain and case management.