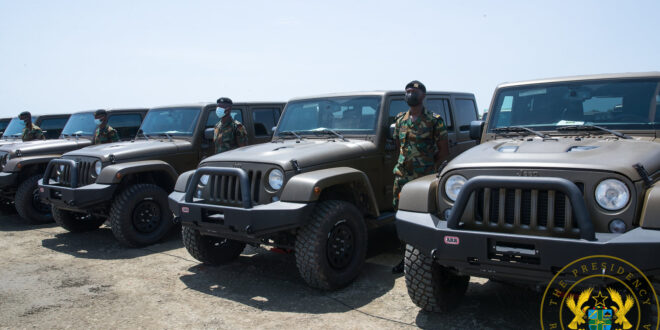 President Nana Addo Dankwa Akufo-Addo on Wednesday handed over assorted utility vehicles to the Ghana Armed Forces (GAF) to enhance the operations of the military.

The automobiles, which would boost the equipment state of the GAF, include 40 Jeep J8 heavy-duty vehicles, 14 Toyota Hilux pickup trucks, and six Toyota Hiace minibuses. 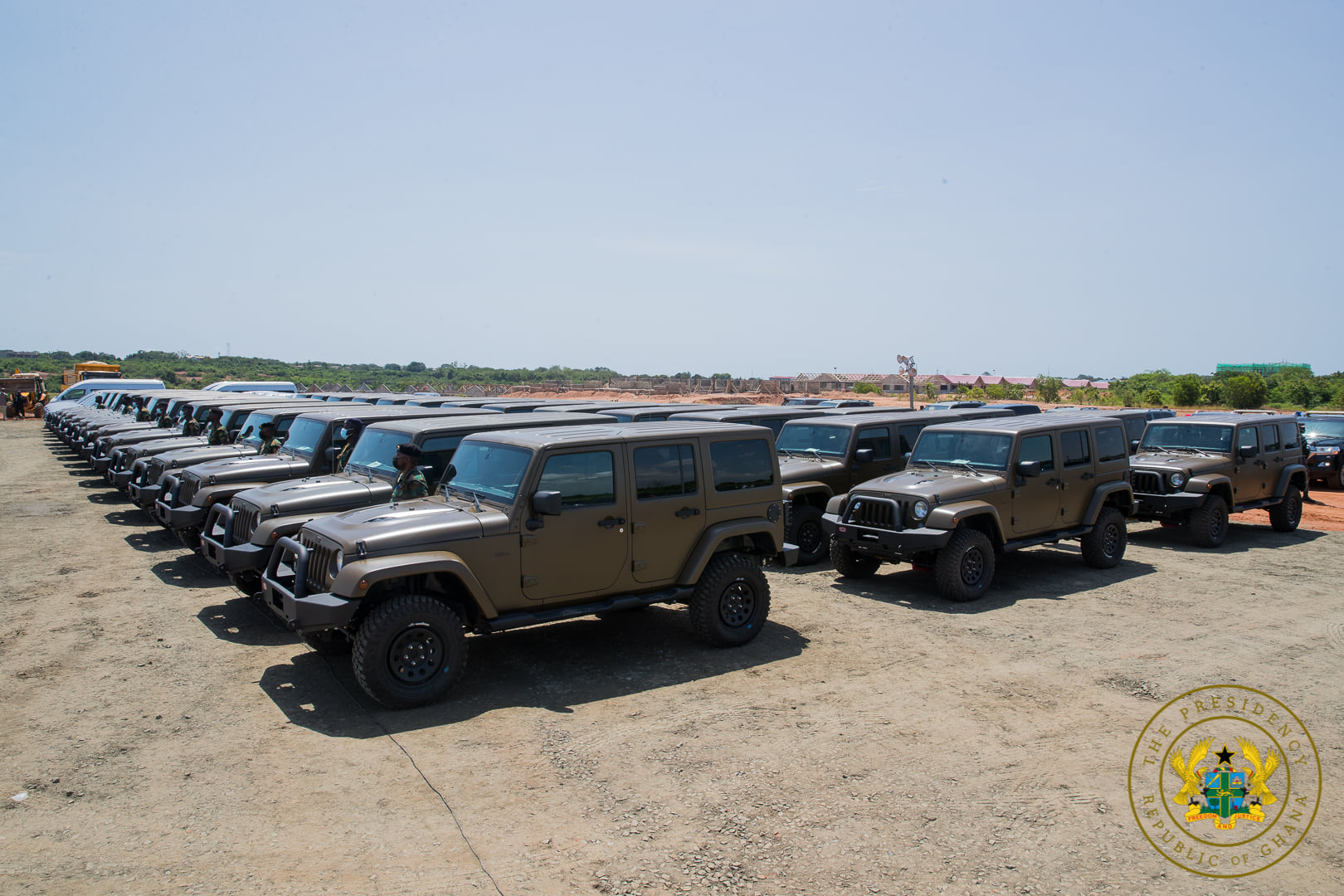 At a short ceremony at Burma Camp in Accra on Wednesday (Oct 27), at which the President also cut the sod for the commencement of the second phase of the Armed Forces housing project, he said the vehicles formed part of the efforts of the government to resource the GAF to enhance its operational mobility,

He said the vehicles would enable the armed forces to contain the security threats posed by extremist groups operating along Ghana’s Northern borders, as well as deal with internal security challenges.

President Akufo-Addo emphasized that as the Commander-in-Chief of the GAF, he was taking steps to ensure that the equipment and logistical needs of the military are met.

“We recognize that our vision of ensuring equitable distribution of development, progress and prosperity to all parts of the country can only be achieved in an atmosphere of peace and security. We’re determined to continue in this way and satisfy the legitimate demands of the Armed Forces,” he said.

Before handing over the vehicles, the President broke the ground for the commencement of work on the USD24.8 million housing project for troops of the GAF.

The project, when completed, will add some 320 units to the housing stock of the Armed Forces.

Noting that Ghana’s economic development could thrive only in an atmosphere of peace and security, which would come at the cost of other competing demands, President Akufo-Addo assured the GAF that the Government would systematically address the logistical and housing needs of the Armed Forces to enhance the state of preparedness of troops. 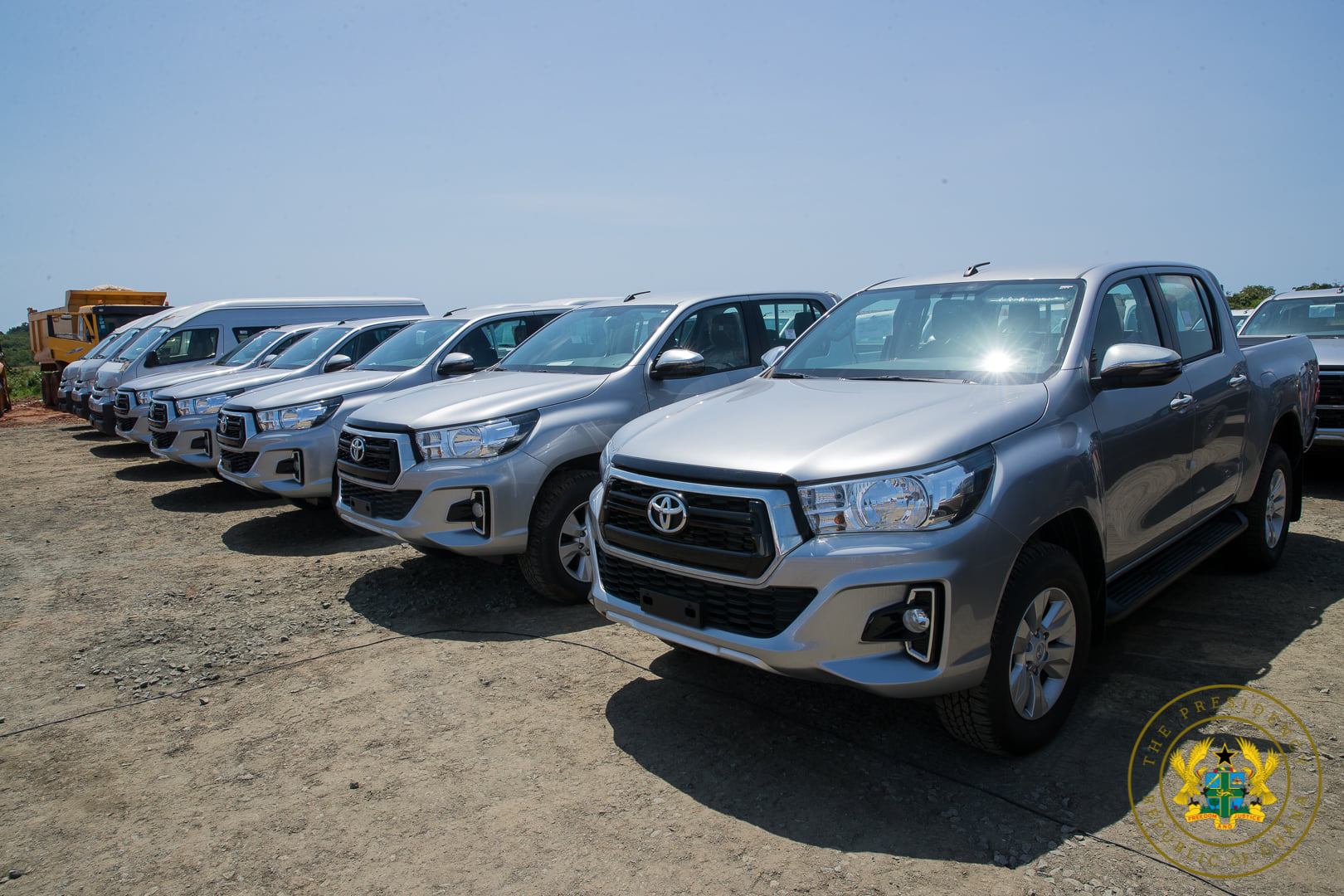 He lauded the Brass, officers, men and women of the GAF for the commitment and dedication in ongoing operations intended to create a secure and peaceful atmosphere along, the North-Western and North-Eastern borders of the nation.

“I encourage you to continue to collaborate with the Ministers of National Security, Interior and Foreign Affairs and all other relevant Ministries and agencies, to ensure that we maintain a robust posture that will deter potential aggressors from attempting to derail the political and socio-economic gains we have achieved so far.

“There is no doubt that your success in providing the needed all-around security in the country has been made possible through your vigilance and sacrifices, notwithstanding the modest resources with which you have to work. Ghana is forever indebted to you,” he said.

The President had earlier inspected ongoing projects at the Ghana Military Academy and Training Schools at Teshie, near Accra.
GNA 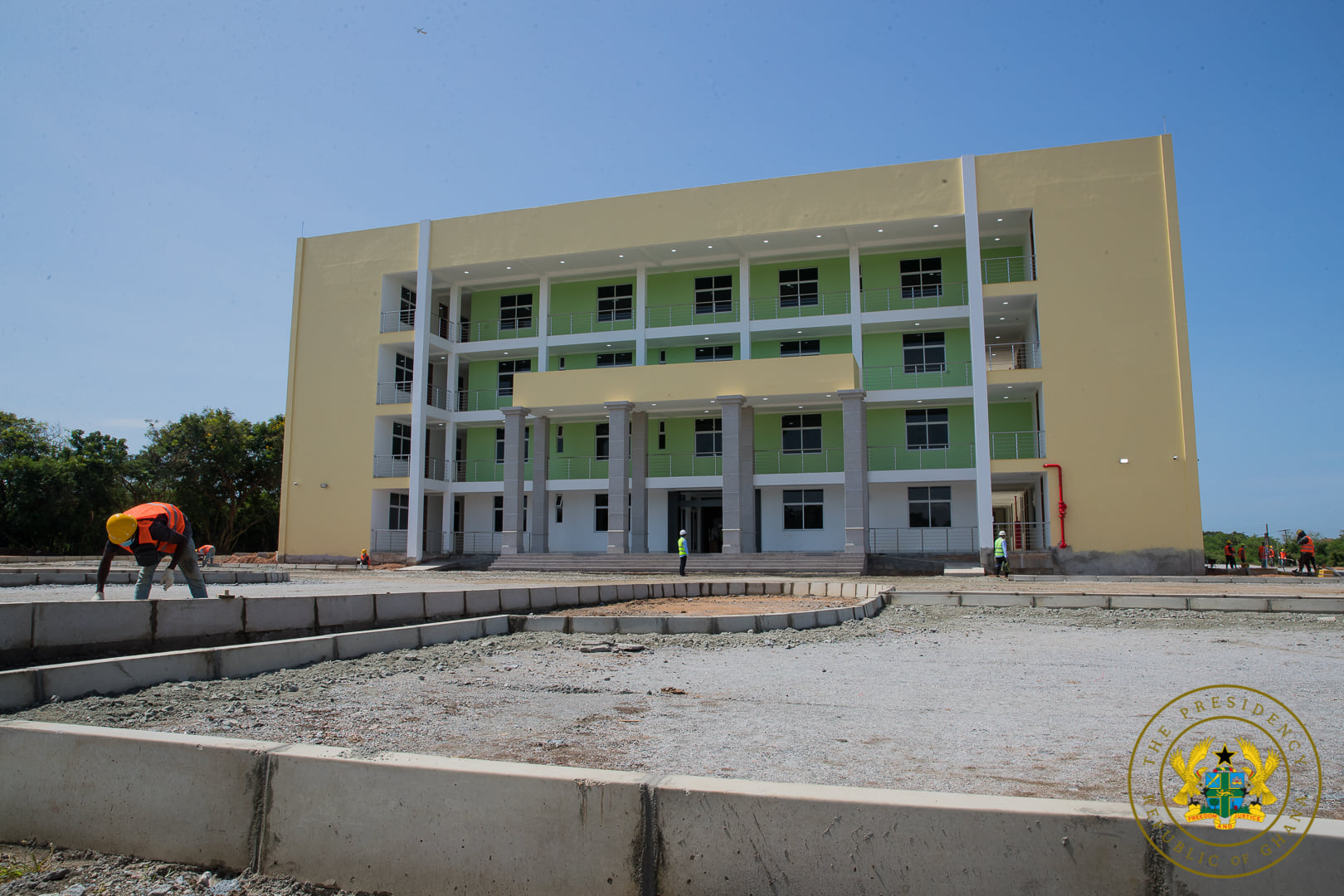 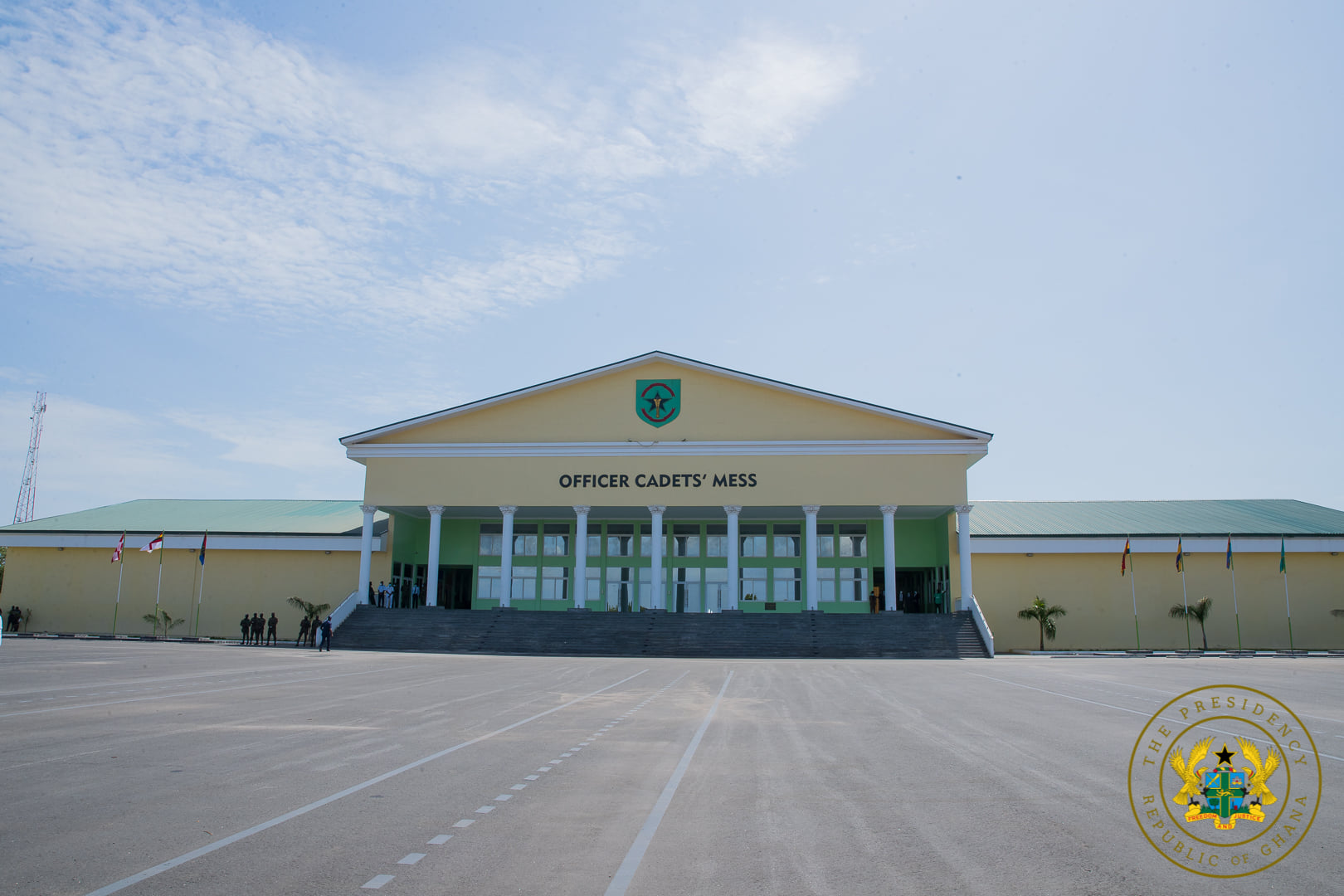