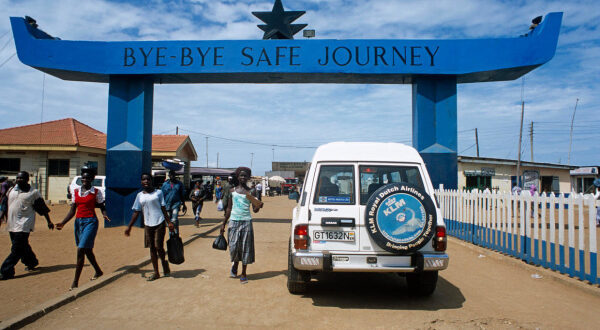 Ghana and Togo to demarcate borders by end of May

The National Coordinator of the Ghana Boundary Commission, Brigadier General Emmanuel Kotia, says Ghana and Togo will re-install their boundary pillars by the end of May, 2022.

Speaking to journalists after touring the Ghana-Togo border, Brig. Gen. Kotia said the Commission’s priority is to ensure that all Ghanaian lands are protected.

According to him, this is part of plans to forestall any possible major land disputes in the future.

“The decision here is that both countries are jointly going to have a technical committee that would work on reconstructing these pillars. The deadline we have given ourselves is up to May.”

“We cannot have a new boundary player or the construction of a pillar without the consent of the Togolese because at the other side of the boundary player is Togo and at the other side is Ghana. When we get these pillars lined up appropriately at the various positions, we will have the Ghana Immigration Service reinforcing any encroachment because the line boundary projects will clearly define the international boundary line,” he explained.

There has been a long standing boundary dispute between Ghana and Togo.

Ghana and Togo have since 2017 been holding negotiations regarding their common maritime boundary.

The Ghana Boundary Commission in April 2021, begun an audit of the country’s land boundary with Togo to help avert any major land dispute between the two countries.

The Technical Committee tasked with the mandate has thus far agreed on a roadmap for the negotiations.