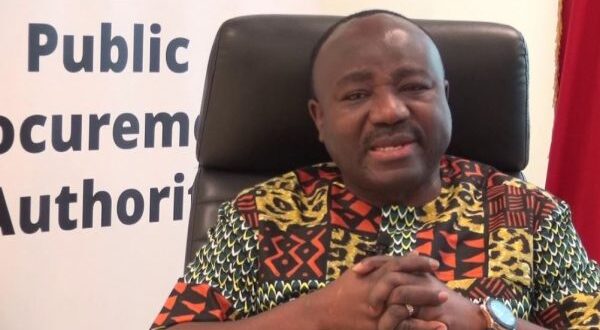 This was announced in a statement by the Office of the Special Prosecutor.

The statement signed by Special Prosecutor, Kissi Agyebeng, said, “the Office of the Special Prosecutor (OSP) has charged the former Chief Executive Office of Public Procurement Authority, Adjenim Boateng Adjei with eight (8) counts of using public office for profit and nine (9) counts of directly and indirectly influencing the procurement process to obtain an unfair advantage in the award of a procurement contract.”

It said the brother-in-law of Adjenim Boateng Adjei has also been charged.

“Francis Kwaku Arhin, the brother-in-law of Adjenim Boateng Adjei, has also been charged with one count of using public office for profit,” the statement issued on Wednesday, May 18, 2022, said.

It added that the two persons will be arraigned before court.

“The two persons will be arraigned before the High Court (Criminal Division), Accra on Wednesday 25 May 2022.” 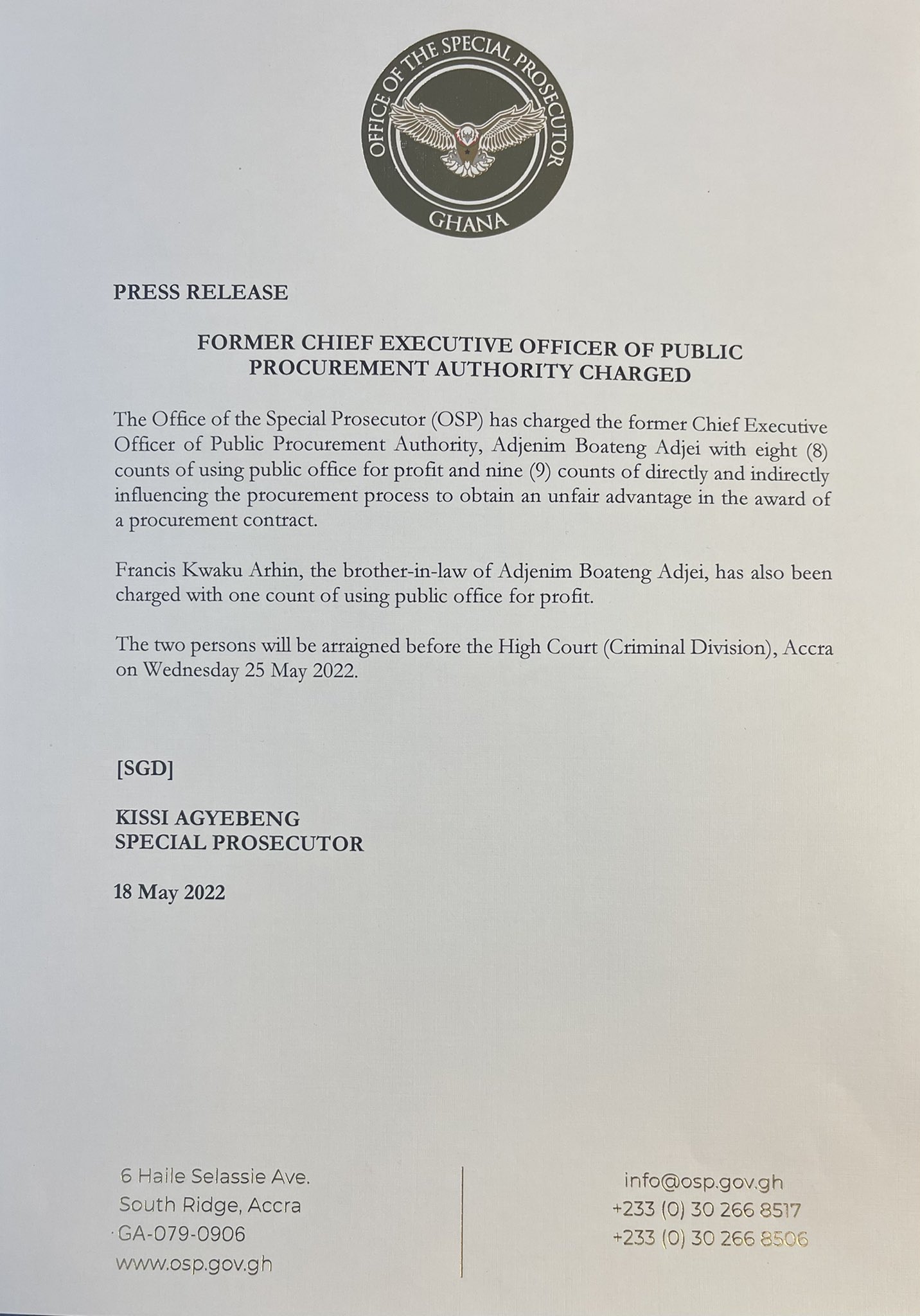 Mr. Adjei was investigated by CHRAJ for corruption and conflict of interest after he was accused of sidestepping procurement procedures for personal gains.