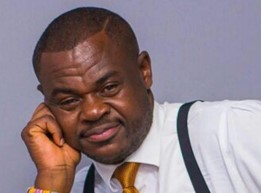 A former head pastor of the Akyem Oda branch of the Lighthouse Chapel International (LCI), Lawrence Nii Narku Odonkor a.k.a. Larry, has been arraigned at the Accra Circuit Court for allegedly stealing over GH¢7,000 belonging to the church.

According to the prosecution, the accused, who was responsible for the day-to-day administration of the branch, signed cheques in March and April of 2020 for his salary, which comprised his salary, SSNIT and tax components but deposited the monies in his personal accounts and failed to pay the tax components and SSNIT contributions.

The accused has been charged with two counts of stealing and for dishonestly appropriating the church’s GH¢7,054 meant for the payment of his own SSNIT contributions and taxes.

Odonkor is one of the six pastors who have sued the Lighthouse over their Social Security and National Insurance Trust (SSNIT) contributions.

He pleaded not guilty to two counts of stealing when he appeared before the court, presided over by Ellen Ofei-Ayeh on Monday, February 14, 2022.

Odonkor was admitted to bail in the sum of GH¢10,000 with two sureties.

The sureties, according to the court must be gainfully employed and must live in the Greater Accra region.

In his bail application, counsel for the accused, Mr Kofi Bentil, said his client was not a flight risk and that his client had sued the church and expecting some monies from the suit.

As a result, counsel, who argued for a self-recognizance bail, said his client would not run away from the jurisdiction but will be available to defend himself in the matter.

The facts as presented by the prosecution led by Chief Inspector Isaac Anquadah, indicated that the accused, Larry Odonkor was a Bishop of Lighthouse Chapel International and between January and April 2020, he was the head pastor of the Akyem Oda branch of the church.

He said part of his duties as head pastor was to ensure the payment of SSNIT contributions and taxes for himself and employees working under him.

In March 2020, the accused wrote a cheque of GH¢8,527 which had a breakdown of GH¢5,000 for his salary for February while GH¢1,667 and GH¢1,850 were for the payment of his SSNIT contributions and taxes respectively for the months of January and February 2020.

Chief Inspector Anquadah said the accused, however, deposited all the monies into his personal account and made use of same and failed to pay the SSNIT contributions and taxes to the appropriate authorities.

Again, in April 2020 the accused repeated his previous conduct and wrote a cheque of GH¢8,527 out of which GH¢5,000 was for his salary for the month of March 2020 while GH¢1,667 and GH¢1,850 were for the payment of his SSNIT contributions and taxes respectively for the months of March and April 2020.

“He however deposited all the monies into his personal account and made use of same and failed to pay the SSNIT contributions and taxes to the appropriate authorities”, the prosecutor said

He noted that the accused person in September 2020 turned round and wrote to SSNIT and complained to them that the church had neglected to pay his SSNIT contributions.

Again, the prosecutor said the church’s attention was then drawn to the failure on the part of the accused person to make the payments for the said SSNIT contributions and taxes and was made to pay same with penalties amounting to GH¢10,963.91.

The case was subsequently lodged at the CID Headquarters of the Ghana Police Service and the accused was arrested.