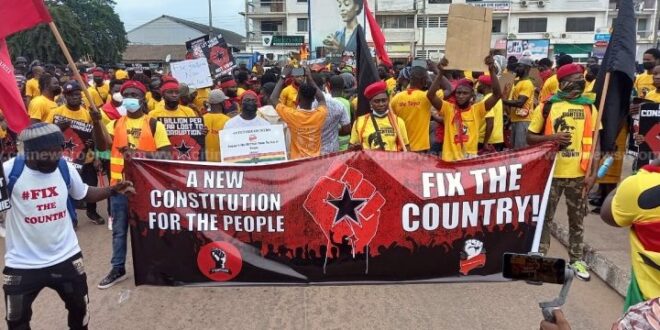 As the country marks today’s Nkrumah Memorial Day, hundreds of residents of the Western Region are participating in the #FixTheCountry demonstration in Takoradi to express their displeasure with governance in the country.

Speaking to Citi News at the onset of the demonstration from Takoradi to Sekondi, the leadership of the #FixTheCountry and participants called on the government to fix the governance system, corruption, unemployment and kidnappings in the Sekondi-Takoradi Metropolis.

Ernesto Yeboah, the Commander-In-Chief, of the Economic Fighters League, also said they were protesting against a “false” and “rotten” system “that allows the blatant stealing of our resources.” 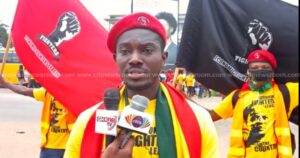 “What you are seeing here today is a manifestation of the boiling anger of the youth and good people of Ghana,” he said.

#FixTheCountry movement began to take shape in May 2021 after gaining traction on social media.

The online movement evolved and culminated in its first physical protest, also on a holiday, on August 4, 2021.