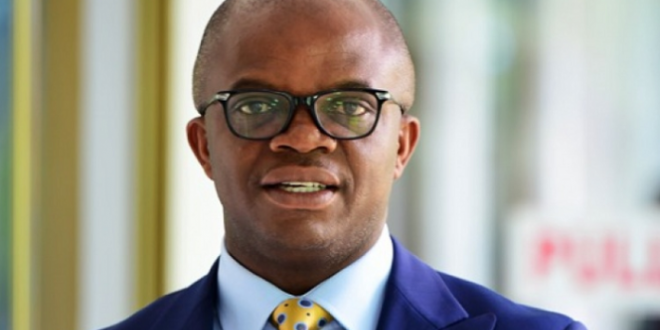 Five out of seven drivers who were arrested on Tuesday for flouting the Road Traffic Regulations during a special exercise to check V8 vehicles have been arraigned.

Four of the five, namely; Dominic Atuahene-Ababio, Daniel Boateng, Emmanuel Kofi Ofori and Joseph Brown were sentenced to pay a fine of GHS 1,800.00 each or in default serve three months prison terms.

According to a statement from police, these four convicted drivers paid their fines while a driver, Thomas Atinga, was convicted to sign a bond to be of good behaviour for three months or in default serve a three-month prison term.

The court, however, issued a warrant for the arrest of Dr. Stephen Amoah, the Nhyiaeso MP, and Samuel Anim because they failed to appear before the court. 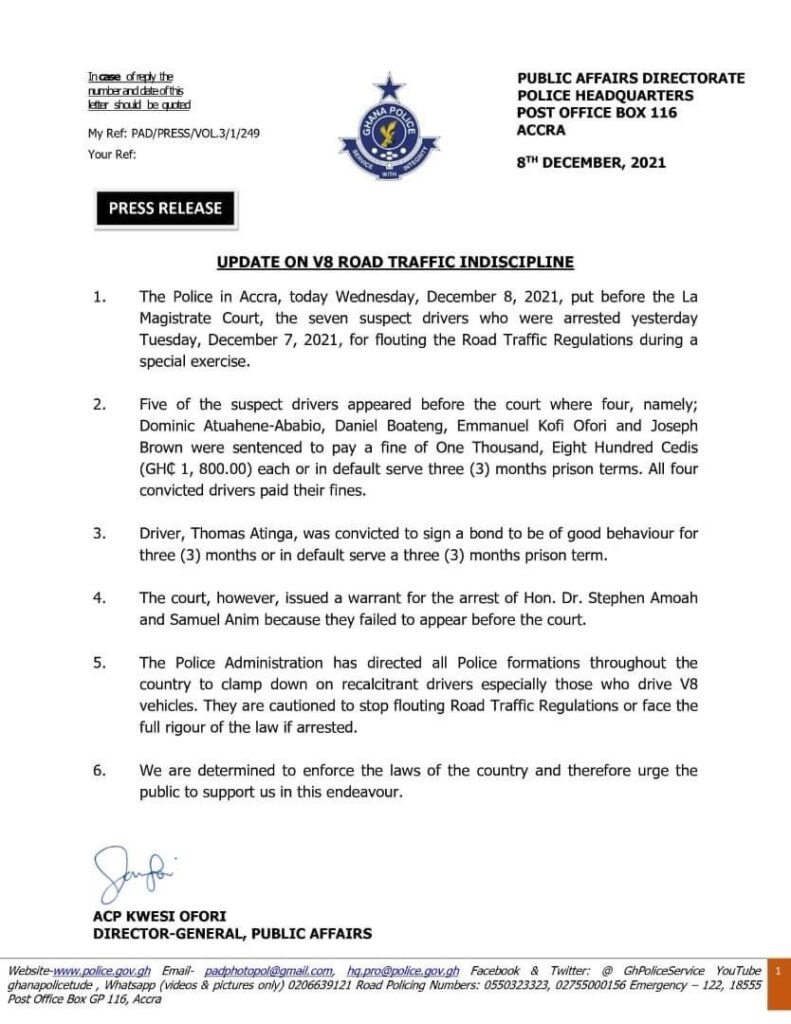 “The Police Administration has directed all Police formations throughout the country to clamp down on recalcitrant drivers, especially those who drive V8 vehicles,” the statement added.

As part of the exercise, the police said they impounded five V8s, one Toyota 4 Runner, and one Toyota Highlander 4X4 SUV.

The statement added that the offenders were put before court on Wednesday, December 8, 2021.