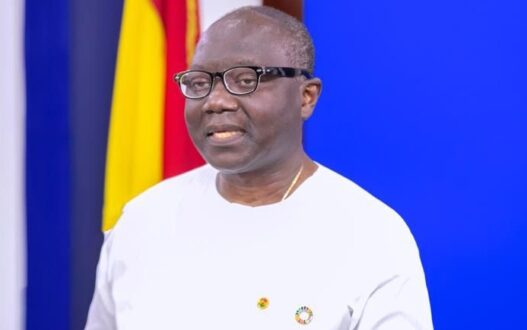 Pharmacist and CDD-Ghana Fellow, Kwame Sarpong Asiedu says the Finance Minister accounted for less than 50% of the Covid-19 funds.

According to him, the financial statement from the Finance Ministry had stated that $25.68 billion was what the government had received as Covid-19 funds, however, the Finance Minister had only accounted for $12.02 billion which he said was the actual Covid-19 expenditure.

He said this leaves the remaining $13.5 billion unaccounted for.

“I just listened to the honourable Deputy Minister, John Kumah, and he said that 12.02billion was spent on actual Covid expenditure, and that because of Covid there were constraints elsewhere and some of the money had to be spent in budgetary support.

“So if you look at that, it means more was spent on budgetary support than actually was spent on covid, because if you do the subtraction, you get over 13 billion that is not accounted for,” he explained.

He argued that it was necessary for the government to account for what it had done with the remainder of the Covid-19 funds.

According to him, this would provide Ghanaians the chance to decide whether the government had indeed used the funds judiciously.

“And if you’ve only accounted for 50% of what actually came in, the question I ask myself is ‘why did the Finance Minister come to Parliament to account for less than 50% of what we actually got in for covid? Where is the account for the remaining 13billion?’