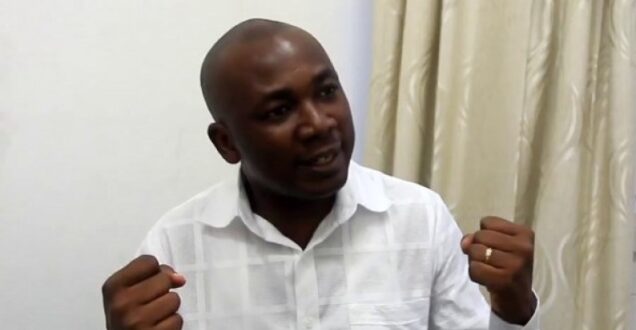 An Economist with the University of Ghana Business School (UGBS), Prof. Godfred Alufar Bokpin says expenditure and fiscal discipline are the prudent mechanisms to resuscitate the ailing economy post Covid-19.

Contributing to a discussion on the controversial Electronic Transaction Levy (E-levy) on Accra-based Citi FM, the Economist described the tax policy as a lazy-man’s approach to solving the dire financial issues of the state.

In his view, “the E-levy is regressive” and not the sustainable solution to the revenue shortfall government continuously claim.

“I don’t support E-levy because it is not the way to go. It cannot support this large government and wasteful expenditures. This is the kind of home-grown solution we are talking about because we can’t largely leave out the inefficiencies and talk about E-levy as the only solution. No, we have to look at it holistically.

The nation has been divided on the proposed E-levy since Finance Minister, Ken Ofori-Atta, announced it in November 2021.

While a fraction believes that the tax policy will generate revenue for the government to undertake developmental projects, others believe it will intensify the sufferings of citizens.

The tax policy seeks to add a 1.75 per cent charge on every electronic transaction over ¢100.

Meanwhile, a former NPP MP, Mark Assibey-Yeboah says government should rather seek financial support from the International Monetary Fund (IMF) instead of introducing the E-levy.

But reacting to this, Mr Bokpin said IMF should be the last resort to salvage the economy.

The Economist maintained that eradicating wasteful spending and ensuring discipline in revenue generation and expenditure are more sustainable techniques.

According to him, “a spoilt child needs discipline, not more money,” hence, an efficient revenue control should be government’s lifestyle.

However, he urged government to hold a national dialogue should it consider seeking support from IMF.

“I am also not against totally going back to the IMF, it’s probably the last resort. We all do acknowledge that we need revenue, but E-levy is a much more lazy approach and one that does not recognize the realities on the ground, and we want to use E-levy to further depress the poor. It’s unfortunate.

“Ghana has been to the IMF more than 15 times and if you mismanage your economy, and you go to the IMF, it comes at a price because the financial adjustments will also marginalize the poor,” he observed.