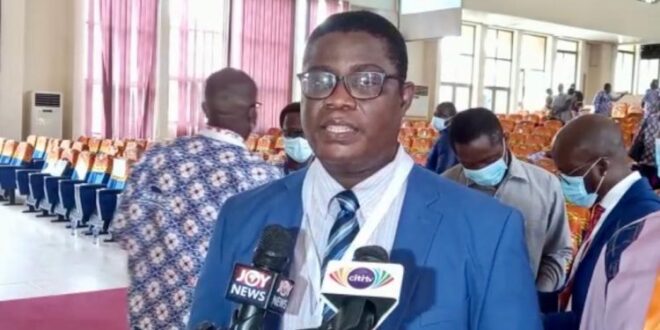 The University Teachers Association of Ghana (UTAG) has urged government to make good on its promises as the association returns to the negotiation table.

UTAG called off its almost seven-week-old strike after several appeals by government, the education committee of Parliament, student unions, Vice Chancellors Ghana, as well as a ruling by an Accra High court.

After a National Executive Committee meeting, the association resolved to resume negotiations till March 4, 2022.

In an interview with Citi News, the National President of UTAG, Professor Solomon Nunoo, said he’s hopeful about the negotiations.

“For us, we took the decision to suspend the strike finally after the Vice Chancellors Ghana spoke to us. The parliamentary select committee actually gave the government side a one-week ultimatum from the day of the suspension of the strike to ensure that the whole process is completed, and we believe that brings some form of pragmatism to the negotiation process. So that is what we are actually banking our hope on.”

“We are cautiously optimistic that our employer would get things done within this period. It is a risk we have taken because if we continue looking at the past experiences of government, I can assure that, this strike would have continued Infinitum, but we are being optimistic about it. I believe that if the government side is serious about this whole thing then we should be able to finalize these things about improved conditions of service, that’s our target”, he added.

Meanwhile, the Ministry of Education says the government is willing to actively engage with members of the union over their concerns.

Public Relations Officer of the Ministry, Kwasi Kwarteng is hopeful that the government’s negotiations with UTAG will yield positive results.

“As I speak to you, we have started a conversation about inviting UTAG as soon as possible to begin negotiation. During negotiation, there will be some level of consensus building. That demonstrates the government’s commitment to meet UTAG in a position that is comfortable for all parties,” he said on Eyewitness News.

UTAG has been on strike since January 10 to force the government to restore the conditions of service agreed in 2012.

An injunction had been placed on the strike after an appeal by the National Labour Commission (NLC).

The court had on two occasions ordered both parties to adopt an out-of-court settlement.

UTAG had complained that the current arrangement has reduced its members’ basic premiums to $997.8