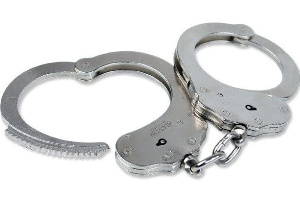 Two narcotics peddlers with quantities of dried substances were arrested

The Volta Regional Police Command in a swoop has arrested 34 suspected narcotic peddlers, including eight females in Ketu South.
A total of 115 motor riders and two narcotics peddlers with quantities of dried substances suspected to be Indian hemp, were also. arrested at Akatsi.

Deputy Superintendent of (DSP) Mrs Elizabeth Effia Tenge, Public Relations Officer of the Command, said the exercise was prompted by incidents of lawlessness, narcotics peddling and abuse of motorcycle used in the Volta Region, the Regional Police Command carried out swoops within the Akatsi South and Ketu South Municipalities to check the development.

In a press release copied to the Ghana News Agency, it said the operation which started December 18, 2021 was also carried out in Aflao in the Ketu South Municipality.

She said some quantity of plant materials suspected to be narcotic drugs were retrieved.

The suspects, she added, were currently going through screening and investigation and those found culpable would be prosecuted.

“The operation will continue throughout the region to ensure a safe and secure atmosphere for the celebration of the Yuletide.”

The Volta Regional Police Command is assuring all law abiding citizens in and out of the Volta region that it would fight crime to the barest minimum in the region, it added.