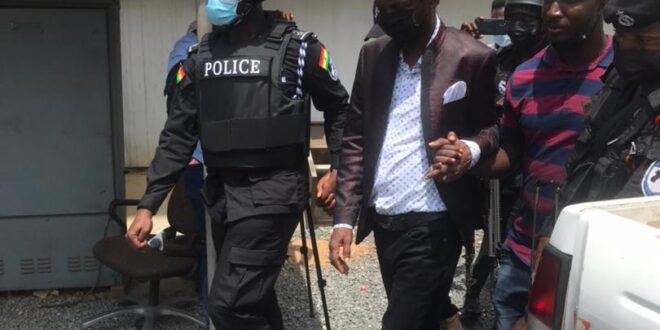 An Accra Circuit court has remanded Pastor Stephen Kwesi Appiah aka Jesus Ahuofe of the New Life Kingdom Chapel for causing fear and panic with his prediction of a shooting incident involving dancehall artiste, Shatta Wale on October 18, 2021.

When he was arraigned at an Accra Circuit Court for causing fear and panic, he pleaded not guilty.

The court, presided over by Ms Ellen Offei Ayeh, remanded him in custody to re-appear on October 25, 2021.

Counsel for the accused, Mr Martin Kpebu, in his application for bail informed the court that his client was sick and was not a flight risk.

Counsel further argued that when, granted bail, his client would not interfere with police investigations.

The prosecutor said portions of the case was yet to be investigated.

The accused, according to the prosecutor, had over a thousand followers adding: “Meaning he is an influential person and when granted bail he will go on radio, granting interviews.”

He added that there was no evidence before the court that the accused person was sick.

“The right of an accused person is not absolute and not bigger than that of the society,” Chief Inspector Terkpetey told the court.

Meanwhile, Shatta Wale and three accomplices have also been remanded to re-appear before another Accra Circuit Court on October 26, 2021.

They have been accused of publishing false news.