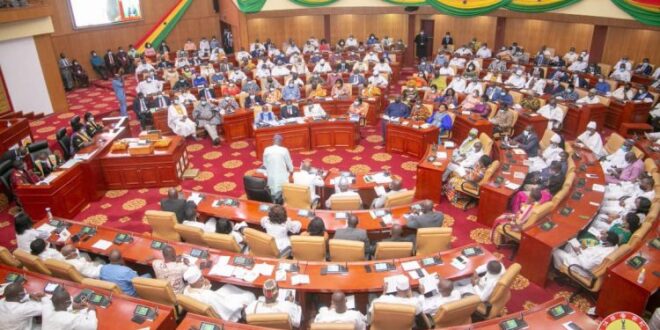 The nine-member ad-hoc parliamentary committee set up to probe the controversial Sputnik V vaccine procurement deal has in its report tasked the Finance Minister, Ken Ofori-Atta, to take steps to recover the $2,850,000 expended towards the botched procurement of several doses of the Sputnik-V vaccine.

Although the Minister of Health, Kwaku Agyeman Manu, indicated that no money was paid to the company despite an initial 20,000 supplied to Ghana, the report by the committee found that 50 percent of the total contract sum was actually paid.

The Committee also found that the Ministry of Health did not comply with the requirements of Article 181(5) of the Constitution in respect of its agreement with an intermediary, Messrs Al Maktoum.

The committee also determined that the agreements were entered into without prior approval by the Public Procurement Authority under Sections 40 and 41 of Act 663.

“The Agreements ensuing from the negotiations have been submitted to the PPA for ratification. ..Indeed, at the time of completing its work, PPA was yet to do the ratification.”

“The committee urges the Minister for Finance to take steps to recover the money due to the Republic in respect of the amount of US$2,850,000.00 (Cedi equivalent of GH¢16,331,640.00) being the cost of the Sputnik-V vaccines that were proposed to be procured,” the Committee recommended.

The committee is to present its report to the plenary for consideration and has urged the House to adopt the report.

“The committee, by consensus, recommends to the House to adopt this report.”

As Ghana struggled to reach its target of vaccinating 20 million citizens, it emerged that the government was using the services of middlemen to procure 3.4 million doses of Russia’s Sputnik-V vaccines.

But this was at a higher cost of $19 other than the original factory price of $10.

This prompted calls for the abrogation of the procurement contract.

The issue first came to light when a Norwegian news outlet, Verdens Gang, reported that Ghana had requested to purchase the doses of the Sputnik V vaccine through two businessmen who are selling it to Ghana at $19 per dose instead of the $10 per dose on the international market

The initial price quoted for the vaccine was US$25, but it was negotiated downwards to US$19, according to the Ghana Health Service.

The Minister of Health, Kwaku Agyeman-Manu, who is a board member of the GAVI Vaccine Alliance, admitted that he did not seek cabinet and parliamentary approval before engaging the private individual for the procurement of Sputnik V vaccines when he appeared before the bi-partisan committee.

Meanwhile, the company that agreed to supply Ghana with the overpriced Sputnik V vaccines has terminated the contract it had with the country, according to the Minister.