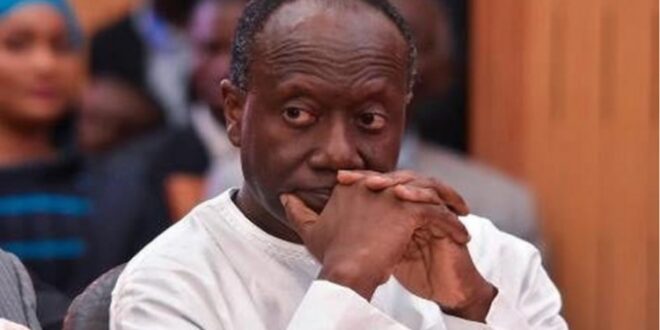 The Speaker of Parliament has directed the Finance Minister, Ken Ofori-Atta, to appear before the House

Alban Bagbin wants the said Minister to provide a detailed breakdown of all monies approved for spending during the Covid-19 pandemic.

The directive came after the Chairman of the Finance Committee, Kweku Kwarteng moved the motion for the approval of €75 million for the Covid-19 health response project.

However, the Minority in Parliament resisted the motion, throwing the House into a state of disagreement.

The Speaker, after listening to the MPs directed that the Finance Minister appears to account for the Covid-19 expenditure.

He insisted that until that is done, the approval of the loan would be suspended.

“So I will complete my submission by directing that the Finance Minister should appear before this House and account for all the monies that have been approved for the utilisation of Covid-19 management.

“It is only then that this motion would be expressed on the floor again to approve or disapprove,” he noted.

According to Mr Bagbin, the legislative arm of government wield the power to make the executive accountable, therefore, his order is in line with making government transparent and accountable to the people.

He further added that Parliament does not approve government’s decision to go for a domestic loan since it will be more expensive.