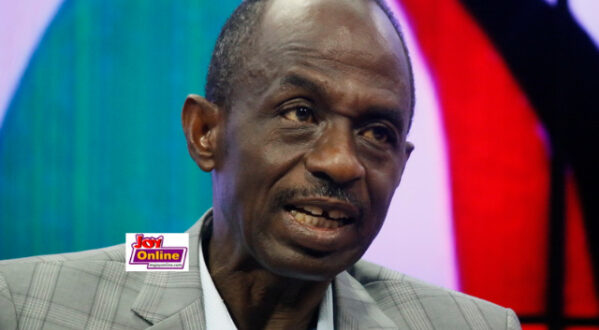 The General Secretary of the opposition NDC, Johnson Asiedu Nketia, has accused the Clerk of Parliament, Cyril Kwabena Nsiah of tampering with vital evidence to be used by the Minority in challenging the one-sided approval of the controversial Electronic Transaction Levy (E-levy) Bill.

Mr. Asiedu Nketia argued that the Clerk who keeps possession of the true records of the House, deliberately marked about eight NDC MPs as absent, in spite of the said MPs being present in the chamber.

According to him, the Office of the Clerk has been compromised by the Majority. In an interview with JoyNews, Mr. Asiedu Nketia called on the leadership of the Minority to challenge the altered documents.

“It gives me the impression that the Majority side knew they have done something wrong and the approval of E-levy was not actually backed by the rules, and they know the Minority have resorted to court action and so they now come round to fake the evidence that will be called for during the hearing, and that is what gives me the suspicion that this thing is a deliberate orchestration to take decisions on behalf of Ghanaians when their representatives have actually not taken those decisions legitimately,” he added.

He also backed the decision of the NDC MPs to stage a walkout during the consideration of the e-levy.

He argued that government should rather be blamed for imposing the e-levy on the citizenry and not the Minority.

“Walking out or voting against them, all the same. So I don’t see how Ghanaians could feel let down by the NDC, because we can only fight with the weapon that Ghanaians have provided us and we were provided with 137 weapons so if you expect us to fire 200 and 300 weapons that will be too much because our vote maximally should come out up to 137,” he noted.

Parliament on Tuesday, March 29, 2022, approved the controversial Electronic Transactions (E-Levy) Bill after the Consideration Stage was completed by a Majority-sided House.

It was considered under a certificate of urgency.

The Bill was adopted at a reduced rate of 1.5% from the initial 1.75% amid a Minority walkout.

Meanwhile, Minority Leader of Parliament, Haruna Iddrisu, and his colleagues, Mahama Ayariga and Samuel Okudzeto Ablakwa have dragged the Attorney-General to the Supreme Court over the approval of the Electronic Transactions Levy (E-Levy).

They contend that Parliament did not have the required number of at least, half of its members present when the controversial tax policy was approved.

The Tamale South MP and his colleagues want the Supreme Court to declare that the said approval was contrary to law.