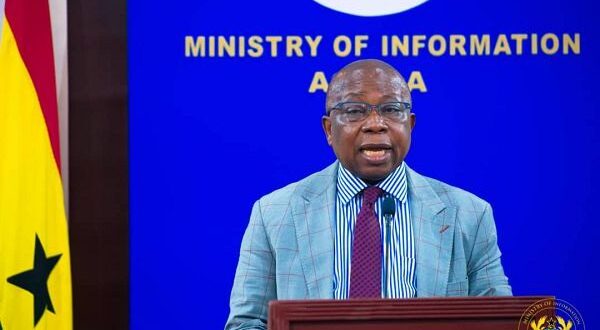 The Health Minister, Kwaku Agyemang-Manu, has said allegations by the Ranking Member on the Health Committee of Parliament, Kwabena Mintah Akandoh, that only GHS¢127 million out of over GH¢2 billion has been released into the National Health Insurance Fund are untrue.

Although the Minister could not tell how much was released into the fund, he indicated that a large amount was allocated to the fund.

Reacting to the assertion during a debate on the State of the Nation Address delivered by the President on Tuesday, the Health Minister said the Finance Minister will provide the exact figures at the appropriate time.

“Till they come out with proper, correct [figures], you can’t be using budget estimates to come here and throw dust into the eyes of the public.”

But the Ranking Member on the Health Committee of Parliament, Kwabena Mintah Akandoh said he was “exceedingly shocked” by the minister’s posture.

He further noted that since his assumption of office, the Finance Minister has never accounted for the National Health Insurance Fund in the house.

“Since he became the minister responsible for Finance, he has never accounted for National Health Insurance Funds on this floor,” Mr. Akandoh said.