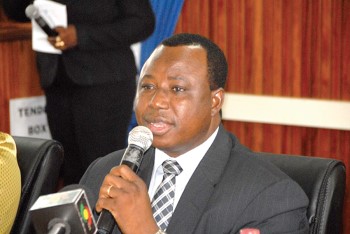 The Commissioner of the Commission on Human Rights and Administrative Justice (CHRAJ), Joseph Whittal, wants the government to speed up the legislation of laws that decriminalise petty offences.

The legislation, he said, would consolidate the country’s image as a beacon of democracy and human rights in Africa.

The commissioner was speaking at a national conference on the decriminalisation of petty offences in Ghana held in Accra.

Organised by the Commonwealth Human Rights Initiative (CHRI), in collaboration with CHRAJ and the Open Society Initiative for West Africa (OSIWA), the conference was on the theme: “Decriminalising Petty Offences: The State, the Offender, the society”.

Petty offences are minor offences for which the punishment is prescribed by law to carry a warning, community service, a low-value fine or short term of imprisonment, often for failure to pay the fine.

They include loitering, begging, being a vagrant, failure to pay debts, being a common nuisance and disobedience to parents, causing a public nuisance, hawking and vending, urinating in public and washing clothes in public among others.

The conference brought together stakeholders in the criminal justice system working within the country and on the continent.

The conference was a platform for human rights activists and stakeholders in the justice sector to drum home the need for petty offences to attract alternative punishments instead of custodial sentences.

Former CHRAJ Commissioner, Emile Short, said the criminal justice system in the country discriminated against the poor and vulnerable, citing how the police treated vulnerable suspects and kept them in custody beyond the mandated 48 hours without taking them to court.

He said because many were unable to pay the fines, they often ended up in prison which compounded the congestion in the prisons.

Justice Short expressed worry that no change had occurred despite years of decriminalisation of petty offences.

A Deputy Attorney General and Minister of Justice, Alfred Tuah-Yeboah, said the government efforts were being made to reassess the impact of some minor offences, but public safety and order should not be sacrificed.

He said plea-bargaining arrangements in criminal cases were at advanced stages, while a new sentencing bill was undergoing review towards introducing alternative modes of sentences to mitigate incarceration of the disadvantaged in society.

The Director of CHRI Africa Office, Mina Mensah, said the organisation would not relent in its advocacy for the creation of the laws.