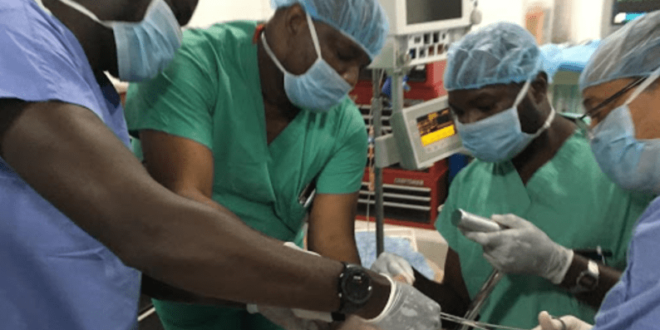 A letter co-signed by the President, James Nwinsagra and General Secretary, Frederick K. Kporxah explained that they are taking such a decision because “members don’t hold a license to practice.”

According to them, “the Ghana Association of Certified Registered Anaesthetists (GACRA) have not received any response to the requests in its letter dated December 4, 2021” on the subject matter.

They added that another letter was sent as a reminder but it was also ignored by the Health Ministry.

“GACRA submitted another letter in relation to the above subject matter on December 20, 2021, with a directive from the National Labour Commission (NLC) in a letter dated the same day and also a directive from the Ministry of Employment and Labour Relations (MELR), have all not received any attention,” CRA stated in a letter dated December 31, 2021.

They are, however, say until their concerns are addressed by the Ministry, their members will not provide anaesthesia services.

“The inability of the CRAs to provide anaesthesia services is indefinite until a determination is made by the Ministry of Health,” the letter read.