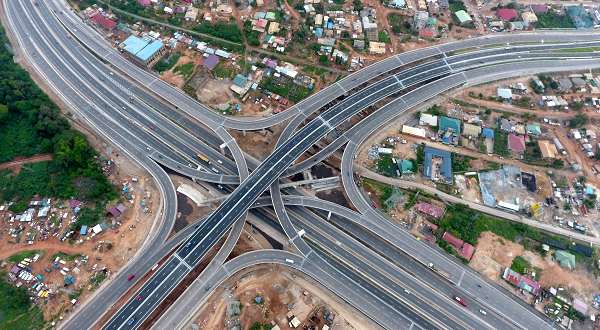 Contractors of the Pokuase Interchange have appealed to the public to be on the lookout for a syndicate engaged in the stealing of streetlights and other road construction materials.

Already, crash barriers valued at $3500 at the newly commissioned Interchange have been stolen with many attempts to also steal the streetlights on the interchange.

He says, the modus operandi of those who steal the street lights is that, they start by tampering with the connections and that plunges the whole road into darkness and then sometimes they come under the cover of darkness to remove parts of the streetlights.

He explained that they have seen some signs which presupposes that there are plans to steal some of the streetlights at the Pokuase Interchange.

According to him, “We have seen the covers opened and in some cases the switches have been turned off and this has alerted us to the operations of this syndicate who have done similar things on other roads. They have been on the Giffard Road, they have been to the N1 itself which is part of the Motorway from Tema to Accra. Once we see this we want to caution the public to be on the lookout.”

He urged the populace to help deal with the situation.

“Policing is a shared responsibility, if any of us see people who look suspicious, there is the need for us to ask questions. Where we always think or assume that these people are working for the contractor or for the road ministry, I think we should begin to question people, if they have ID cards we want to see them, we may want to take pictures. There are these scrap dealers who go around stealing manhole covers, you put a manhole cover which is supposed to protect both pedestrians and motorists, and then they go stealing them”

A resident whose house is about 40metres away from where the Pokuase Interchange crash barrier was stolen says he saw the thieves but did not suspect them.

“We encountered some people about five people with a truck and we thought they were working on it. It was at dawn around 5:30. We were coming from church so when we met them, we did not ask them anything because we thought they were part of the contractors or the engineers working on the road so we passed by but as soon as we got to the entrance of our gate we saw them leaving.”