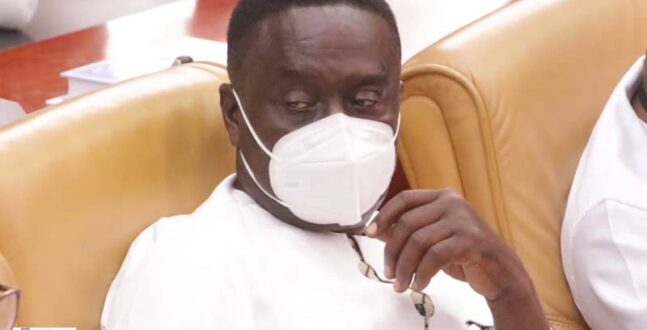 A bailiff tasked to give court documents to MP James Gyakye Quayson says he was thrown out of the legislator’s office by a bodyguard.

This was revealed by Supreme Court registrar, Mathew Antiaye, who was asked to brief the court on the matter.

On separate occasions, court officials at the Supreme Court and prosecutors at the High Court have pointed out their inability to find the MP to hand him court processes.

The action at the Supreme Court is among other things seeking to restrain the MP from performing Parliamentary duties while the other is a criminal case in which the MP is accused of forgery and perjury.

A Cape Coast High Court in July 2021 ruled that Mr Quayson was not eligible to contest the 2020 polls as he held dual citizenship.

Mr Quayson has since been fighting to set aside the matter currently pending at the Court of Appeal.

The Supreme Court had earlier asked that the court process he served on the MP through the address stated on the case filed by Private citizen Michael Nimfah who initiated the action against the MP.

This address is the MPs private residence in the constituency.

The Supreme Court registrar said an attempt was made to serve the MP at this address but a caretaker of the place is said to have told the bailiff that the MP has travelled and had no idea when he will be returning.

On the botched attempted service in Parliament, the registrar said the bailiff met the MP but the MP refused service and asked his bodyguard to throw the bailiff out of the office.

This order, according to the registrar, was carried out.

The case was then adjourned to Match 1, after the lawyer for the private citizen Frank Davies said an application for substituted service will be made to the Apex Court of court officials are still unable to serve Mr Quayson.

On the alleged assault of the Bailiff, the court asked that the registrar submits a report to the Chief Justice for investigation and appropriate action.