Breaking News
Home / NEWS / Appiatse explosion: Committee reports will be published when needed, gov’t has nothing to hide – Abu Jinapor 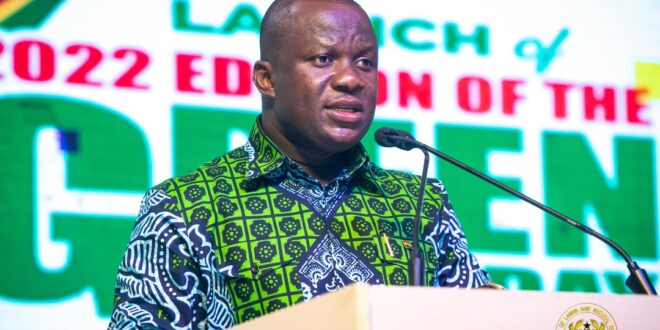 Appiatse explosion: Committee reports will be published when needed, gov’t has nothing to hide – Abu Jinapor

The government is ready to publish the report on the Appiatse disaster if the need be, the Minister of Lands and Natural Resources, Samuel Abu Jinapor, has stated.

Speaking in Parliament on Thursday, Mr Jinapor said it will be more useful to rather publish report on the Health and Safety Committee of Inquiry, which has a broader mandate and whose recommendations are geared towards reformation of the mining sector.

The government, he said, has nothing to hide and indicated that the two earlier reports will be of no use to the public, because they are technical reports generally covering the mining sector in Ghana.

Mr. Jinapor said this in response to an urgent question in Parliament on what the findings and recommendations of the Appiatse disaster reports are and whether the reports can be made public.

He indicated that following the disaster of January 20, 2022 when the truck transporting explosive materials exploded at Appiatse, the Minerals Commission as the regulator, conducted its investigations in accordance with the Minerals and Mining (Explosives) Regulations, 2012 (L.I. 2177), and submitted its report to the Ministry.

“On Tuesday, February 1, 2022, I received the report of the three-member Committee. Mr. Speaker, the two reports established certain regulatory breaches, on the part of Maxam in the manufacture, storage, and/or transportation of explosives,” he said.

According to Mr. Jinapor, key among the breaches unearthed by the investigations include failure to ensure the transportation of explosives was managed by a certified explosives manager, contrary to regulation 6(2)(a) of Minerals and Mining (Explosives) Regulations, 2012 (L.I. 2177).

Maxam, he said, also failed to ensure that activities that involve explosives are carried out only by competent and certified persons, contrary to regulation 6(2)(b) of L.I. 2177; and also failed to ensure that the code of safe working practice developed for the transportation of explosives is followed, contrary to regulation 11(1) of the L.I. 2177 among others.

The Committee, he said, recommended among others that Maxam be sanctioned and also recommended the transportation of explosives be made safer by the installation of fire suppression systems in explosive vehicles, the use of two escort vehicles, one in front and one behind, the use of two police officers, one-armed and other unarmed, the use of sirens to alert road users, and a review of the entire health and safety regime of the mining industry.

A Health and Safety Committee of Inquiry, he said, has been established to review the entire health and safety regime of the mining industry, and make recommendations to the government, for legislative, policy and other reforms.

The Committee, he said, will be submitting its report to the Ministry soon and the necessary recommendations will be implemented to make the industry safer and better.