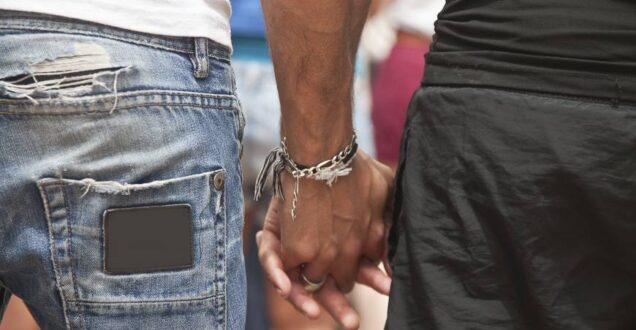 Two separate documents have been sent to Parliament’s Committee on Constitutional, Legal and Parliamentary Affairs making a case against the proposed Promotion of Proper Human Sexual Rights and Ghanaian Family Values Bill, 2021.

The bill has been tagged as anti LGBT but it’s promoters say it is in the interest of the nation that an appropriate legal framework makes advocacy for Lesbian, Gay, Bisexual, and Transgender rights illegal.

The bill is currently with the Parliamentary Committee that has since called on citizens to submit documents stating their positions on the bill.

In view of this, two groups, the Human Rights Coalition and a Coalition of Lawyers, Academics and other Professionals have subsequently submitted their petition against the bill.

The Human Rights Coalition petition is signed by the Director of Policy and Advocacy at the Ghana Centre for Democratic Development, Dr. Kojo Pumpuni Asante on behalf of 9 groups including Africa Centre for International Law and Accountability, and Alliance for Equality and Diversity.

The coalition says the Bill is in direct conflict with a number of constitutionally-protected fundamental freedoms and human rights.

Again, the Coalition argues that the provisions of the Bill are incompatible with a number of international human rights instruments to which Ghana is a State Party.

“The Bill is certain to negatively impact Ghana’s reputation at the international level and have a direct impact on its relationship with many foreign nations as well as its ability to attract foreign aid, foreign investors and tourists.

“The Bill could be considered as support for state-sponsored discrimination.”

The group further stressed that the Bill, if passed, would make a mockery of the supreme law of the land and go beyond making the lives of LGBTQ+ persons extremely uncomfortable.

According to the group, the liberty of LGBTQ+ persons would be at stake merely due to their existence and would significantly impact their ability to freely engage in day-to-day life.

“LGBTQ+ persons would no longer benefit from the community support and assistance received from allies and funders, assistance which has provided a physical, emotional and psychological lifeline.

“It is the considered position of the Human Rights Coalition that the Promotion of Proper Human Sexual Rights and Ghanaian Family Values Bill, 2021 is irredeemably flawed, unconstitutional and needless. It does not address any pertinent cultural, socio-economic or political challenge the country faces, as Private Member Bills were envisioned to address. “

They are therefore asking the Committee not to recommend its passage.

This group argues that the bill criminalizes dissenting view and expressions contrary to the words ‘freedom and justice’ “that emblazon our coat of arms.

Thus “the Bill ought, with respect, to be firmly rejected by the Parliamentary Select Committee on Constitutional, Legal and Parliamentary Affairs, and by Parliament as a whole.”

MEMORANDUM TO SELECT COMMITTEE ON THE CONSTITUTIONAL, LEGAL AND

PARLIAMENTARY AFFAIRS ON THE: