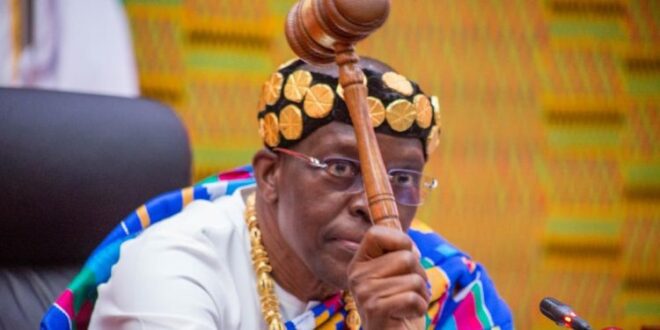 Angry Bagbin threatens to throw out disruptive MPs from Parliament

Speaker of Parliament Alban Bagbin threatened to have legislators who disrupt proceedings thrown out of Parliament.

“I will be compelled to get the Marshal to get people arrested and sent out,” he warned at the beginning of proceedings on Wednesday, February 23, 2022.

“Parliament is not a place for joking. It is a place for business, serious national business.”

“This is a different type of Parliament. We must be prepared to change to accept the decision of the people and work together,” Mr. Bagbin added.

He further said he was sickened by the situation and asked some MPs to shut up during his warning.

He said Mr Osei-Owusu’s decision to overrule him in the matter was unconstitutional.