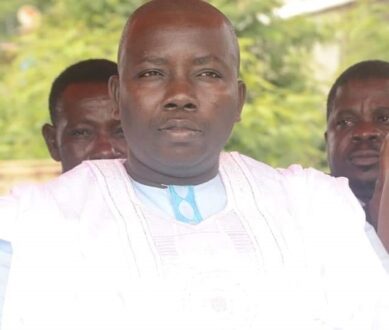 The President announced Yawson Amoah as the new District Chief Executive (DCE) nominee of the Akontombra District, during his two-day tour of the Western North Region.

Addressing a gathering at Sefwi Akontombra when he paid a courtesy call on the chiefs and elders, the President said, “Nana, this is my first appointment of the MMDCEs.”

He acknowledged the criticisms his administration has received for the late appointment of the MMDCEs.

Mr. Yawson Amoah’s nomination by President Akufo-Addo follows an appeal by the Chief of Sefwi Akontombra, Nana Kwabena Ebi and the Member of Parliament for the Constituency, Alex Tetteh for the DCE to be maintained.

Article 243(1) of the 1992 constitution states that, “there shall be a District Chief Executive for every district, who shall be appointed by the President with the prior approval of not less than two-thirds majority of members of the Assembly present and voting at the meeting.

Having been nominated, Mr. Yawson Amoah would now require the prior approval of not less than two-thirds majority of the members of the Akontombra District Assembly.