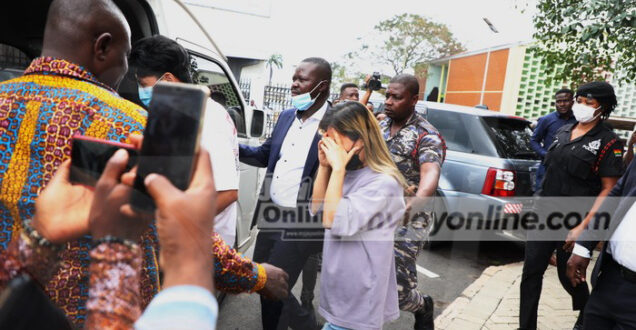 Galamsey kingpin, Aishà Huang has been denied bail once again by an Accra Circuit Court.

The Chinese national pleaded not guilty to her suspected illegal mining activities but remains in police custody.

The judge, Samuel Bright Acquah, meanwhile, urged the Judiciary to take a strong stance against illegal mining to save Ghana’s water bodies.

Ruling on a bail application on Tuesday, he indicated that the accused will therefore remain in police custody as investigations continue.

Ms. Huang and three others are accused of engaging in illegal mining and engaging in the sale of minerals without a license.

Count Four: Entering Ghana while prohibited from re-entry contrary to section 20(4) of the Immigration Act, 2000, Act 573.