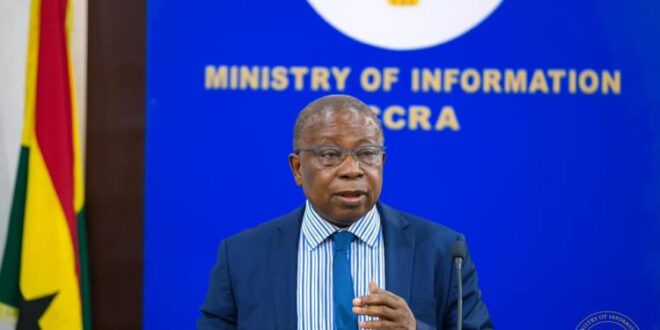 It has emerged that the Attorney General recommended to the Ministry of Health that the procurement of the Sputnik V vaccines be done directly from the Russian manufacturers instead of through an intermediary.

According to the legal opinion of the government’s principal legal advisor on the matter sighted by Citi News, the Health Ministry should have procured from the manufacturer to enhance the resolution of matters associated with probable side effects of the vaccine in case that arises.

The Attorney General also recommended that the transaction should be ratified by Parliament in consonance with Article 181(5) of the Constitution.

The Health Ministry, however, appeared to have ignored the recommendation and proceeded with its determined arrangement.

The deal is currently the subject of an ongoing parliamentary probe.

The Health Minister, who has made appearances before the committee, admitted that he failed to seek cabinet and parliamentary approval before engaging a private individual for the procurement of Sputnik V vaccines for managing Ghana’s COVID-19 cases.

He said the urgent and critical nature of the circumstances at the time, did not permit him to use the right channels.

“In my frustrations to try to get vaccines for us in the heat of our second wave, I relied on the Executive Instrument (E.1) 61 which was passed by Parliament to hide behind emergency clauses that have been invoked to try and see if I could do that and come to inform Parliament that this is what I have done, therefore, I need regularization, I need the approval to buy it.”

“We were in dire need of the vaccines and I had the [responsibility] to try to procure the vaccines to vaccinate Ghanaians to protect our lives,” he said.