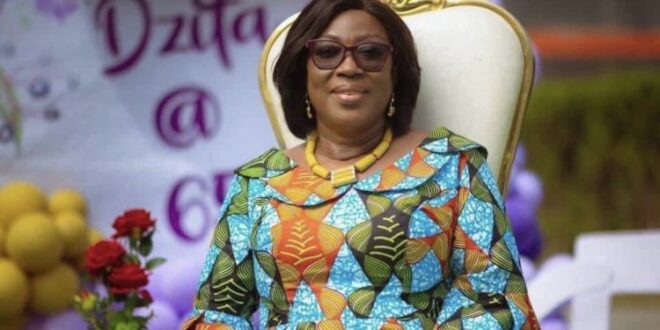 The Member of Parliament North Tongu, Samuel Okudzeto Ablakwa, has extended his commiserations to the family of former Transport Minister, Dzifa Attivor.

According to him, her hard work and infectious zeal are what led to the building of Terminal 3 at the Kotoka International Airport (KIA).

“You were passionate about national transformation and contributed your quota with hard work and infectious zeal, as epitomized by Ghana’s multiple-award-winning Terminal 3.”

He also added that “her dedication to the NDC and the Volta Region was most remarkable.”

Her party, the National Democratic Congress (NDC) has also described her death as a “loss of a political colossus”

Deputy General Secretary of the NDC, Peter Boamah Otukunor, in a Citi News interview, said Madam Attivor will be missed.

“We have lost a political colossus. Aside from the fact that she is a very good friend, she is very affable. I credit the terminal 3 Airport to her hard work.”

“She has served the party and the country diligently. We are heavily pained. We will greatly miss her.”

Born on 22nd February 1956, Dzifa Attivor is known as a politician and a businesswoman.

The 65-year-old passed on Monday, November 15, 2021, at the University of Ghana Medical Centre after battling a protracted ailment.

About the late Dzifa Attivor

She was Minister for Transport under the Mahama administration until her resignation in December 2015 due to a controversial bus re-branding contract.

Attivor worked with the Bank of Ghana from 1976 to 2003 as a research clerk and then as a Personal Assistant to three successive Deputy Governors.

She also became the Personal Assistant to the head of treasury, in charge of all general office administrative work in the same bank.

Attivor moved into private business. She also set up a Non-Governmental Organization named ‘Dedefund’, which is dedicated to the support of brilliant but needy children, the course of women and the youth. The NGO also cares for the 120 cured lepers at Schohaven Village located in Ho in the Volta Region.

The Dzifa Attivor was a member of the National Democratic Congress. She contested the Ho West constituency primaries of the NDC in 2008 but lost to Emmanuel Kwasi Bedzrah, who subsequently won the elections in December 2008.

Madam Attivor was married to Raphael Napoleon Kwaku Attivor, who passed away in 2019. She has three children. She is a Christian and a member of the Evangelical Presbyterian Church, Ghana.