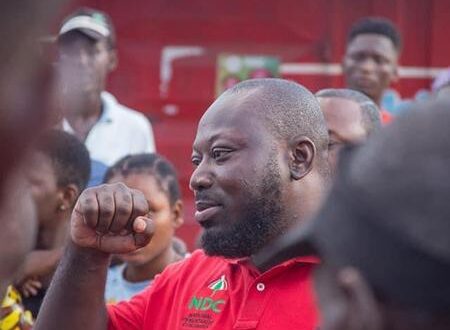 The opposition National Democratic Congress (NDC), has asked the government to abandon its plan to introduce the Electronic Transfer Levy, popularly called E-Levy.

According to the party, government must introduce better ways of raising revenue to fund the administration’s business.

Addressing the press at the NDC headquarters ahead of a planned protest dubbed “Yentua E-levy” demonstration, Youth Organizer for the party, George Opare Addo said government should instead tax the profit of telecommunications and insurance companies whom he said are making abnormal profits.

“Today, we know how much the Telcos are making, last year alone we understand that mobile money transactions exceeded $500 million meaning they make more profit. The NDC is not against taxation, we are saying financial institutions are making abnormal profits. Tax the right sources, tax the extractive industries, and don’t tax the poor Ghanaian.”

Mr. Opare Addo further called on the public including members of the governing New Patriotic Party (NPP) to rally behind the “Yentua” demonstration which will begin from Obra Spot at 7:00 am on Thursday, February 10, 2022.

The protest is to enable the NDC youth convey their stance against the E-Levy the government proposed in the 2022 Budget Statement awaiting approval to be passed into law in Parliament.

The NDC youth had already invited the #FixTheCountry Movement and the Economic Fighters League to join in the protest, but the invitations were declined.