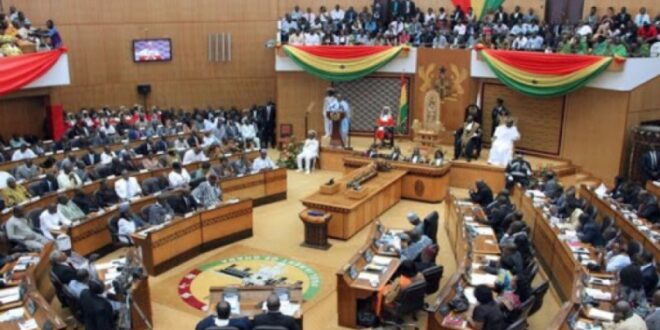 90% of MPs will vote for anti-LGBTQI+ Bill – Sylvester Tetteh

Vice-Chairman of the Communications Committee of Parliament, Sylvester Tetteh, says the anti-LGBTQ+ Bill will be passed because it enjoys support from both sides of the House.

His comment comes in the wake of concerns by the New Patriotic Party (NPP)’s Deputy General Secretary, Nana Obiri Boahen, that many NPP MPs are not speaking in support of the bill.

Sylvester Tetteh says his colleagues support the bill, hence, his confidence that it will be passed.

Speaking on Newsfile on the JoyNews channel on Saturday, Mr Tetteh said the moral fibre of the Ghanaian society is being attacked, a reason many citizens do not support the legislation of homosexuality in the country.

“I have had a lot of conversations with chiefs and opinion leaders in my constituency. I think that [there is a] bi-partisan nature of this bill in Parliament. However, we must also be tolerant to other dissenting views, wherever it’s coming from and what the posture is.”

“As for the bill, I pretty much believe if you ask members of parliament, about 90% or more, or unanimously, will love to vote for it,” he revealed.

While stressing the need for people to respect the rights of gays, Sylvester Tetteh stated unequivocally that Parliament will unanimously pass the bill into law.

“It’s unanimous to the extent that what are we fighting about? Every society thrives on its moral values.”

Meanwhile, he wants discussions and deliberations around the passage of the bill to be void of emotions.

This comes after some residents of Nkoranza assaulted a 21-year-old man for supposedly engaging in gay activity in the Bono East Region on Wednesday, October 6.

The Youth of the town were seen in an amateur video, beating the man, Yaw Barima, in a room where he is alleged to have indulged in the act.

They stormed the premises and subsequently whisked him to the palace on Friday, where he was ordered to procure items to pacify the community’s gods.